Shattered promises – Words are not cheap! 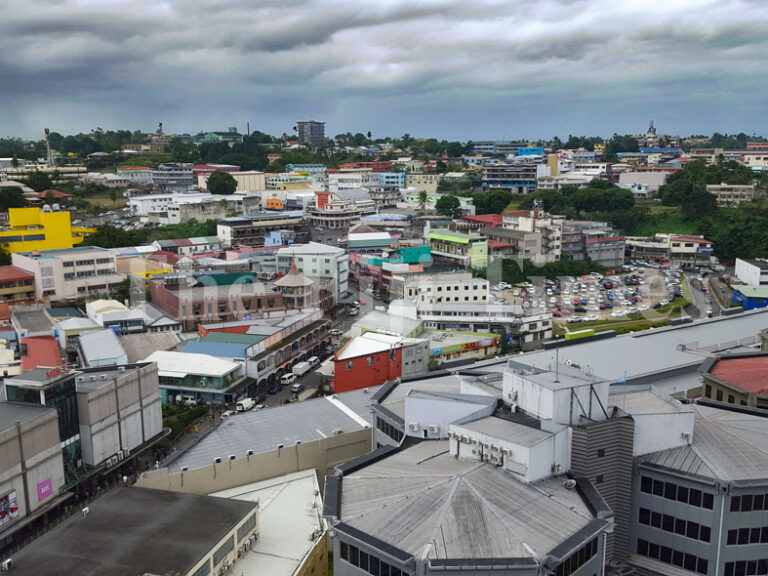 If ever there was a time for words by the ruling party in Fiji to be highly synthetic, budget season is that moment.

Don’t believe me? Let’s take a wander through the past budgets and parse through the facts versus the fake truths.

In maintaining objectivity, it would be remiss of us to classify all policies in past budgets as bad. That would not be right – plus we don’t want to get section 144-ed by the Fiji Elections Office!

There have been some commendable policies in past budgets. But for any government weighed down by 16 years or so of incumbency, even the electorate is wide awake (and questioning), the historical promises not realised, from past budgets.

Naturally these are valuable lessons to reflect on for any incoming Government – there will come a time, when voters will also demand better of us.

Eight years ago, the 2014 budget address was delivered on Friday, November 8, 2013, by Commodore Voreqe Bainimarama as Prime Minister and Minister for Finance.

In that, he heralded their 2013 Constitution, and the pending 2014 elections where “about 540,000 Fijians have now registered to vote”.

The crux of that budget was that “2014 will go down as the year we embarked on an education revolution to better equip all our young people for their future and build a Fiji that is not just smarter, but which provides every young person with increased opportunities”.

Where is that “education revolution” promise today? Where are the next generation of medical and health practitioners placed now, in terms of workforce planning?

How are we managing the outflow of our health professionals, in an era of global pandemics and eager headhunting by developed countries?

How has that “education revolution” embraced kindness so that two young girls are not denied transport on a bus, because their busfare card was invalid?

Eight years ago, the ruling party allocated $4.9m for the continued extension and refurbishment of the CWM Hospital’s operating theatres.

These additional operating theatres will be up to international standards and will be able to cater for a range of specialist surgical procedures such as joint replacements, open-heart cardi-years, or were they mere platitudes of empty promises?

Eight years ago, the ruling party “allocated $7.3m for the first phase of construction for the new 55 bed hospital in Ba.

This project is a public-private partnership between Government and the Ba Chamber of Commerce.” But it is only in 2022 where this initiative finally emerged into some semblance of reality.

Eight years ago, the ruling party pledged to “launch the “City Wide Squatter Upgrading Project,” which will involve the upgrade of squatter settlements in the urban and peri-urban areas that lie within the Suva-Nausori Corridor, Nadi, the Lautoka Corridor, Labasa and Savusavu.

This project caters for incremental upgrading and will be implemented in partnership with the Peoples Community Network. A budget of $500,000 has been allotted for this program.

The project will ensure that squatter dwellers have access to basic services such as water, sewer, electricity and roads.” How far have we progressed from those lofty assurances?

Eight years ago, the ruling party assured us that “access to clean, safe drinking water is one of the most fundamental of social rights. Indeed, the Constitution guarantees access to this basic necessity for every Fijian.

But for a country with such abundant rainfall and worldrenowned natural springs, there are still too many Fijians who face a daily struggle to find clean water to drink.

A concerted effort is needed to tackle this problem and to make sure that every person’s constitutional right is protected. So, this year, we have increased our allocation to the Water Authority of Fiji.

In 2014, Government will provide WAF with a budget of $129.6m, an increase of Electricity Eight years ago, on budget day, we were told by the Prime Minister that his “Government is committed to using all the resources at our disposal to find the right solutions and the right technology to bring electrical power to each locality.

Schools, homes, health facilities and businesses all need reliable electricity. Our aim, however, is not just to bring electricity to areas previously unconnected. It is also to service all those families living in areas where the power grid already extends.”

If the ruling party is so sure of its forecasted double-digit growth of 11.3 per cent this year, has the uninterrupted and constant energy supply, supported those bold words of 2014?

Also eight years ago, we were told that “we cannot effectively reach our potential — in business, in education, in health, in government, or in any sector — without making a constant investment in our infrastructure.

Last year, we made a major national commitment to improve the nation’s roads.

Now, we are seeing new results every day. But we know that we cannot repair and renew in one year a highway and road system that was allowed to deteriorate over decades.”

Most assuredly, many vehicle and PSV owners will have a different story to tell now.

And many arterial roads probably have never seen a grader, unless its election year or VIPs come through!

The Prime Minister also said that “we have to be unflagging in our efforts to stamp out corruption and fraud in the system.

And we have to avoid creating a culture of dependency, focusing efforts and energy on graduating individuals and families from welfare schemes to independence”.

Are we getting anywhere with graduating our people from “welfare to workfare”?

Or has our consistent debt story kept our people stagnated or regressed even, according to present day poverty statistics?

Of course, the ruling party will counter a view that those good days were pre-COVID, pre-GFC, pre-Russia Ukraine, and all that jazz.

But anybody who can write even the most rudimentary of household budgets (ask our women!) will know, when the times are good – keep more aside for the rainy days.

This is quite possibly why, economically, when we are presently under a deluge of a downpour, our umbrella has holes in it.

Numbers are meaningless, unless it directly elevates peoples everyday lives, and speaks to their pockets. Next week: The 2015 Budget, deep sea mining, carbon budgets

• SENI NABOU is the general secretary of the National Federation Party. The views expressed are her’s and do not necessarily reflect the views of this newspaper.