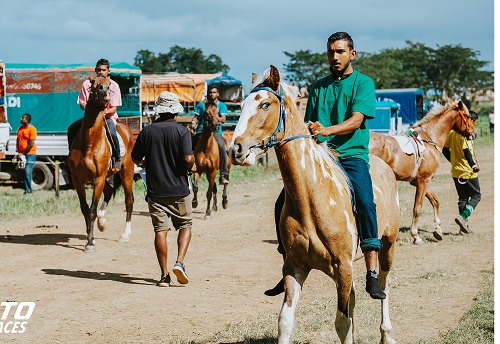 AUSTRALIA-BASED former Fiji resident Sudesh Sharma has high ambitions of becoming a thoroughbred horseowner which can qualify to compete for the prized Melbourne Cup in the next five years. Sharma, who owns a motor mechanic business in Sydney, has entered 16 horses in Sabeto Horse Races which will be held in Nadi today.

Originally from Saweni, Lautoka, Sharma has a 68 acre property in Lomawai, Sigatoka where he is building a resort.

Part of the property is a farm which has 37 horses and flock of sheep and goats.

Sharma migrated to Australia in 1995 but has been returning occasionally to visit family members and inspect his property.

He said this was the first time his horses would be running during the Sabeto Races.

“I took up horseriding when I was about eight years old,” Sharma said.

“My uncles raced at the Votualevu Charity Races in Carreras, Nadi back in the 1980s.”

Sharma has hired some of his friends and family members to be the jockeys for his horses.

He said keeping racing horses was a costly and timely affair.

“The jockeys will don proper uniforms like at the Melbourne Cup and will wear protective glasses. The horses will have special saddle cloth with numbers. This has been made possible by my company Bhaiji Ltd. My horses are well looked after and I supply them with oatmeal, minerals and vitamins all from Australia.

“The future plan is to buy a thoroughbred with the help of my family members and hopefully train it well enough so can participate in the Melbourne Cup.”

Sharma has already thought of naming it ‘My Fiji Boy’.