Sharma: Get the hell out of politics 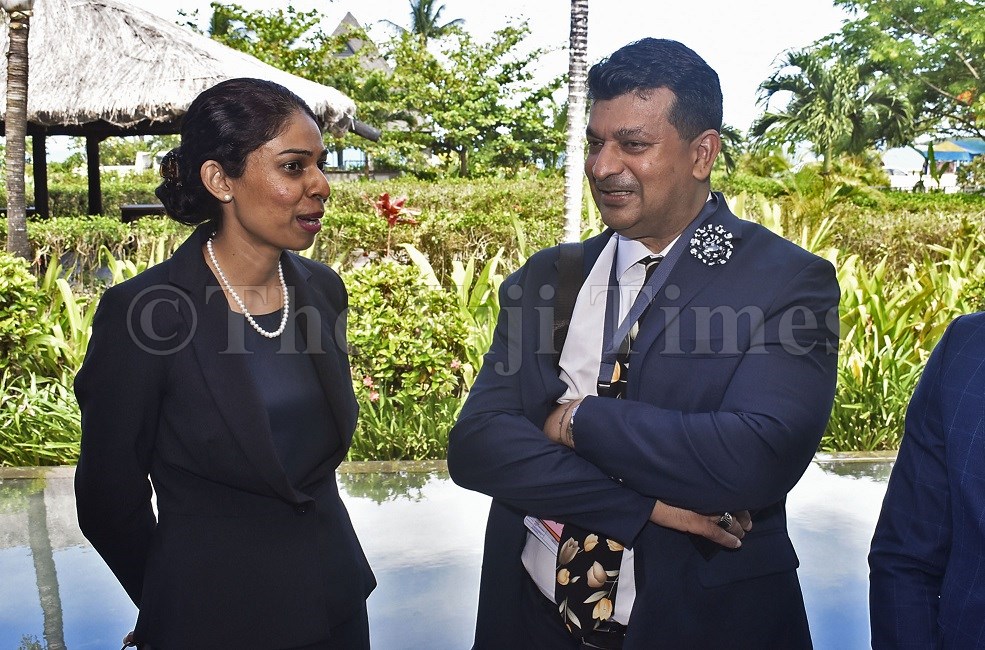 Acting Solicitor-General Preetika Prasad with Devanesh Sharma during a break at the Attorney-General’s Conference at the InterContinental Fiji Golf Resort and Spa in Sigatoka. Picture: BALJEET SINGH

Get the hell out of politics and look after the welfare of our profession. This was the message from prominent Fijian lawyer Devanesh Sharma to the Fiji Law Society while speaking on the Legal Practitioners Act at the 23rd Attorney-General’s Conference in Natadola last week.

He said the FLS should fulfil its obligation to the legal fraternity by holding regular ethics and refresher courses.

“The Fiji Law Society under Section 13 (A) is empowered and obliged to maintain the standard of our profession,” Mr Sharma told more than 300 lawyers.

“The law society should take a deep interest in running courses for ethics, courses for duties and they should be doing this on a regular basis. “Get the hell out of politics because at the end of the day our duty is to look after the welfare of our profession.”

In response, Fiji Law Society president Wylie Clarke said Mr Sharma offered no example of how the FLS was involved in “politics”.

“He may disagree with some of our public statements,” he said. “But it is important to remind everyone of the differences between ‘politics’ and the rule of law.

“In democratic countries, any government which holds the reins of power must expect criticism.

“That does not mean its critics are engaged in politics, and it’s disappointing that a senior Fiji lawyer would seek to blur this simple distinction.”