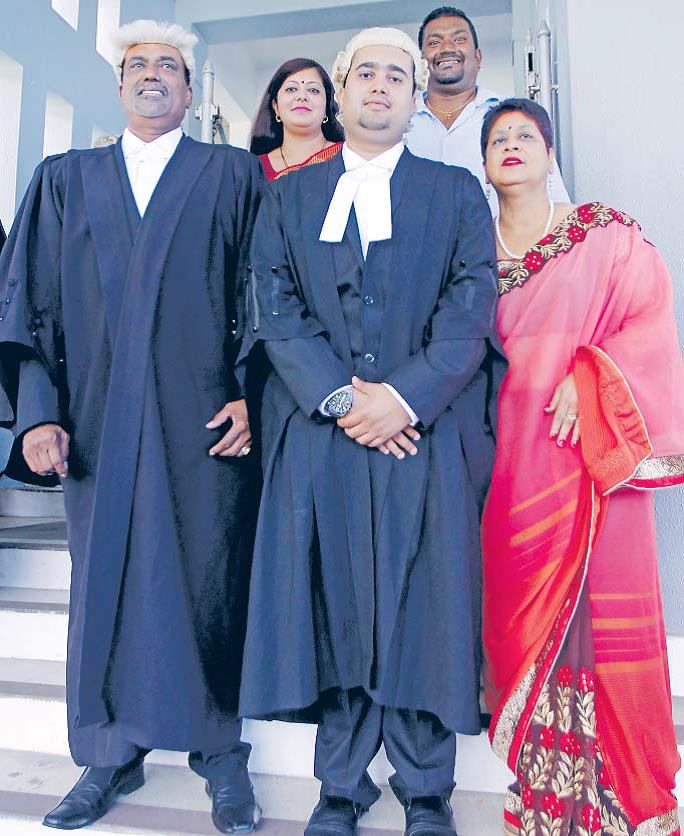 From left: Master Vishwa Sharma, Sabrina Sharma, Stanley Sharma, Neol Pillay and Sudeshna Sharma after the admission to the Bar at the High Court in Suva yesterday. Picture: ATU RASEA

“I AM following my father’s footsteps.”

These were the words of Stanley Sharma after his admission to the Bar in Suva yesterday.

The 22-year-old is the son of High Court Master Vishwa Sharma.

He said he was inspired to become a lawyer after watching his father who had worked in the judicial system for more than 30 years.

The young lawyer shared his childhood memories of coming to the Suva and Nausori courthouses as a kid after school to wait for his father so they could go home together.

This was when he developed a passion for the profession.

Mr Sharma who was very happy with his achievements said he had initially told his father while still in primary school that he had made up his mind to become a lawyer.

He added that some things he had learnt were to always keep a backup of his work and to always be confident as a lawyer.

Mr Sharma said he has applied for work to some government organisations and law firms.

Twenty-two new lawyers from the Fiji National University and University of Fiji were admitted to the Bar yesterday.