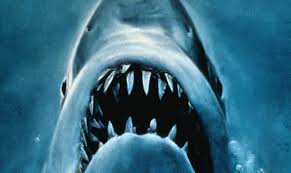 A TOURIST from Malaysia is counting his lucky stars after a near-death experience in Beqa where he was attacked by a tiger shark during a shark dive.

A close friend of the victim, who spoke to this newspaper on the condition of anonymity, was part of the diving group of 12 on May 17 organised by a resort.

She said the tiger shark, which was roughly four to five metres in length, unexpectedly changed her swim path and came directly to the observers after being poked by the dive master.

“The shark turned to bite the divers and my friend was the unlucky one.”

“At that time all the dive masters rushed to push her away, but it was already too late.

“His head was in the shark’s mouth and later the dive master managed to kick her away.

“While the shark was leaving, the victim’s mask and hoodie were pulled off.”

She claimed that the victim lay on the seabed and held his regulator calmly.

She said the victim was sent to a local clinic immediately with an eight centimetre long and 0.5 centimetre deep wound on his head according to medical report.

She claimed that shark feeding diving at the resort did have some safety loopholes.

She also claimed that after the incident, the resort dive staff just sent them to the local hospital and left them alone.

“After surgery, they let us wait for two hours to arrange a boat to send him back. ”

There was no official apology and explanation until May 22 which is already the fifth day after the accident,” she said.

“It made us feel that they tried to run away or ignore us.

“Only on May 22, I received an email from the hotel general manger saying sorry and he will answer us properly after he is back to the resort on May 25.”

She said they had contacted the Malaysian Embassy in Fiji, and they had taken the matter seriously and helped them contact the resort.