Sharing of bank cards and pins becoming a challenge 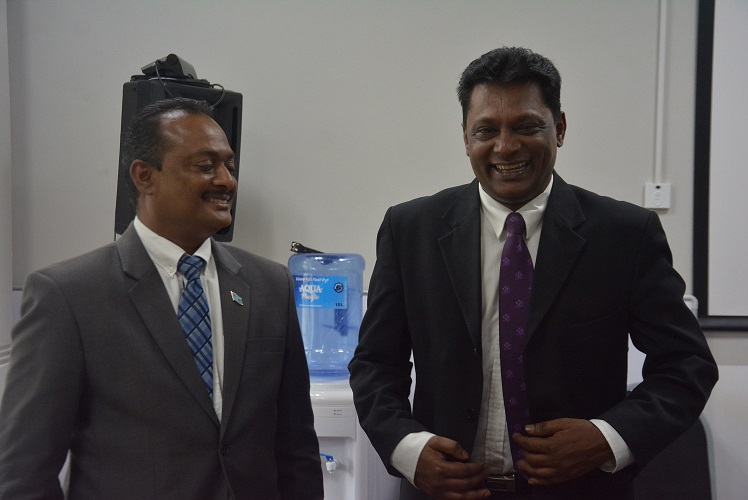 Chair of Standing Committee on Economic Affairs Vijay Nath (left) with the president of the Association of Banks, Rakesh Ram. Picture: ABISHEK CHAND

THE sharing of bank cards and pins is becoming a challenge for the Association of Banks as it poses a risk to issues such as fraud.

This was revealed by the president of the association, Rakesh Ram, during their submission to the Standing Committee on Economic Affairs on the Fiji Financial Intelligence Unit 2018 Annual Report in Suva today.

“They don’t update their system regularly and they do not change their internet passwords on time,” Mr Ram said.

“They continue financial transactions from unsecured sites despite being fully aware of the risk and the frauds, etcetera.”

He said he came across a number of fraud cases where owners had issued checks without the amounts or their checkbooks were left unattended to.

This created an environment where the criminal elements were growing every day.

According to Mr Ram, if the customers were not playing their role, they were exposed in terms of the risks and fraud.