Sharapova to return next month as Brisbane wildcard 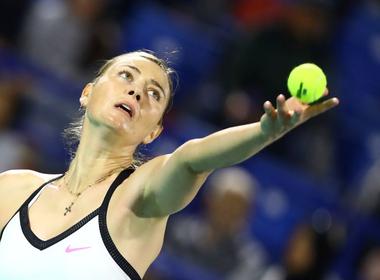 SYDNEY (Reuters) – Former world number one Maria Sharapova will return to tournament action at the Brisbane International next month after being awarded a wildcard to play in the Australian Open warm-up.

The 32-year-old Russian, who last played a competitive match in the first round of the U.S. Open in August, has dropped to 133rd in the world after a season in which a long-standing shoulder injury restricted her to eight tournaments.

The five-times Grand Slam champion will join current world number one Ash Barty, Naomi Osaka and Karolina Pliskova in a strong field at the Queensland Tennis Centre from Jan. 6-12.

“There were a lot of ups and downs, there were times when I was ready but the shoulder wasn’t. But I have had a fairly good off season and I am motivated to compete. At this point in my career when I have that feeling, it’s a good sign.”

Sharapova has been troubled by shoulder problems throughout her career and the current issue required surgery early last year with lingering problems hampering her throughout the 2019 season.

“To be fair when I was younger I never saw myself playing past 30,” she added.

“But I still feel there is a lot in me to give. I still have a lot of fire in me and I am big competitor. As long as the shoulder stays healthy and my body allows me to, I hope there is a lot of time left for me.”