SGS and ACS on top 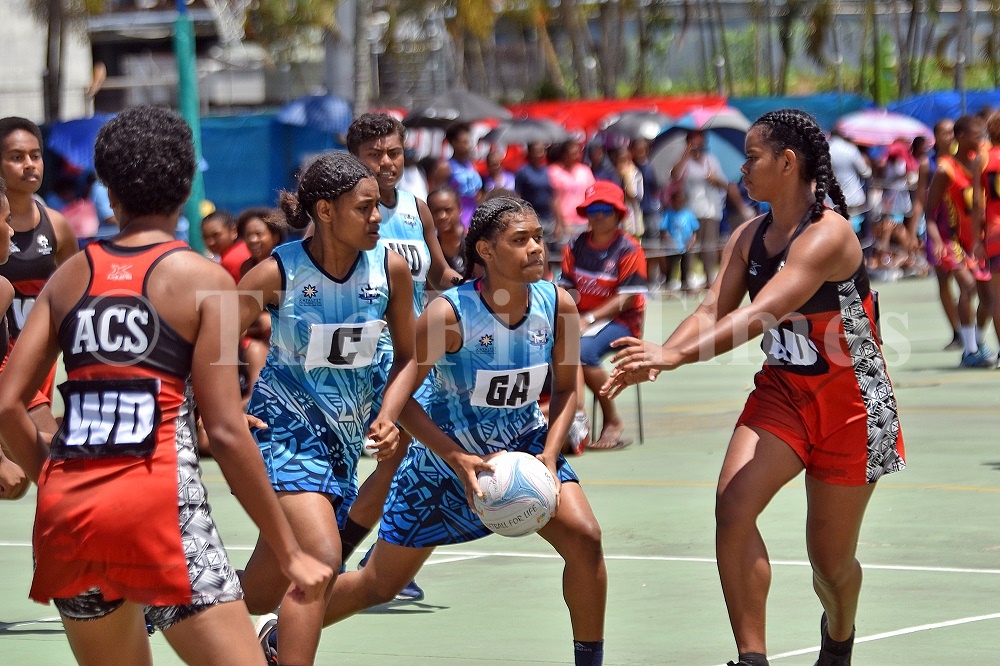 Josephine Kaibolai (GA) of Immaculate College, Bua looks for support against Adi Cakobau School in their under-17 match of the Fiji Secondary Schools Netball competitions at the National Netball Centre in Laucala Bay, Suva on Thursday, October 06, 2022. Picture: JONACANI LALAKOBAU

In the U15 grades, Bucalevu Secondary School and Natabua High are the favorites.

In the Open grade, 24 schools are competing and 16 for the Open boys grade.

In the Open grades, Nabala Secondary School will defend the girls division while Vunimono High School holds the boys title.