Sexton setback a blessing in disguise for Ireland – Farrell 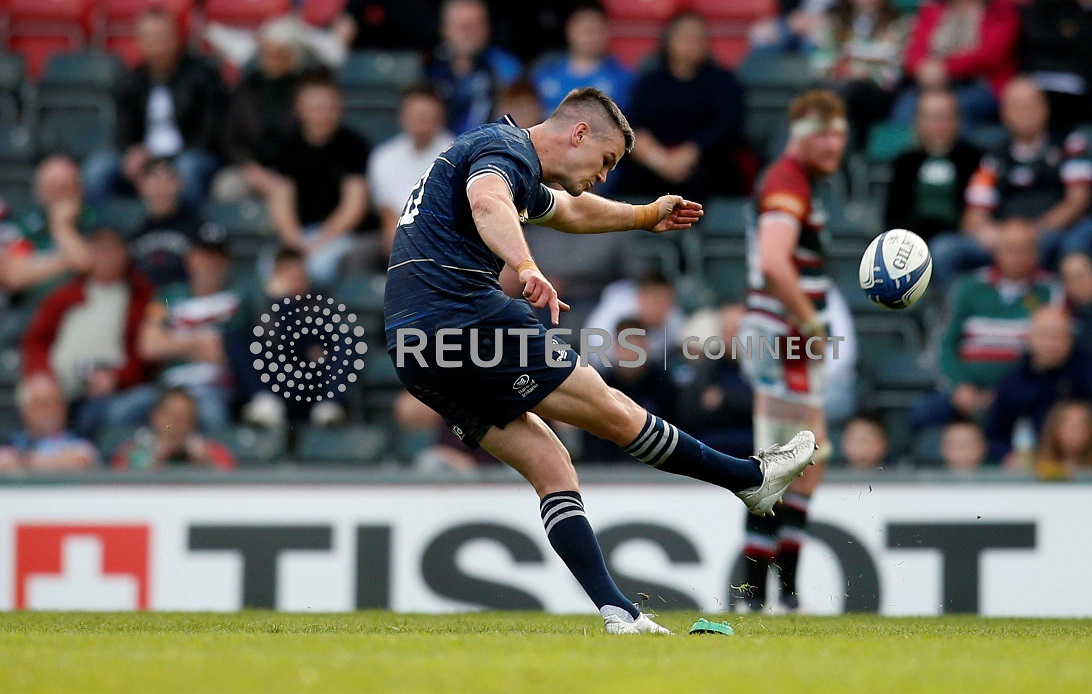 DUBLIN (Reuters) – Losing captain Johnny Sexton to injury shortly before Saturday’s 13-10 victory over Australia was a blessing in disguise for Ireland as they tested their squad depth and resolve ahead of next year’s World Cup, coach Andy Farrell said.

Farrell said it was far from his side’s best performance – they struggled particularly in attack without Sexton’s playmaking influence – but they ground it out to ensure finishing the year as the world’s top ranked side.

“It was great for us in so many ways, for Jack to get the start, just to see how he could handle that type of situation and as a group to help Jack out and I thought the kid stood up tall,” Farrell told a news conference.

“We were devastated for Johnny, he wants to help the lads put in a good performance but at the same time even Johnny knows that it’s good us, we find out where we’re at and how we need to adapt.”

The scrappy win gave Ireland a 2022 hat-trick of victories against the three Southern Hemisphere heavyweights, including July’s first ever test series victory in New Zealand. It also highlighted again just how reliant they are on Sexton.

With Ireland desperate to progress beyond the quarter finals at a World Cup for the first time in France next year after so many disappointments in the tournament, Farrell maintained his side have plenty to improve on for February’s Six Nations.

“We’ve got to get better and raise our standards,” Farrell said.

“We’ve a lot to do, which is great and that’s the reality. There are certain aspects of our game, as always, that we’d love to get better.”