Seven Queenslanders selected in Junior Wallabies side to face Fiji 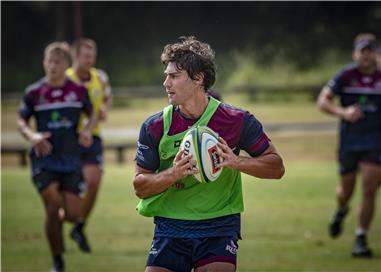 BRISBANE, 02 MAY 2019 (RED RUGBY) – Junior Wallabies Head Coach Jason Gilmore has named his match day squad for the team’s clash against Fiji in Round 2 of the 2019 Oceania U20s tournament on the Gold Coast.

Seven Queenslanders have been named in the starting side, with a further three on the bench.

Egan Siggs, Joe Cotton, Michael Wood, Tom Kibble, Byron Ralston and Kye Oates have all been brought into the starting Fifteen, while St.George Queensland Reds utility back Isaac Lucas has retained his position at fullback.

“We’re looking forward to taking on the challenge of a strong Fijian side who we know will play that expansive style of game,” Gilmore said.

“They played a strong match against New Zealand and we’re expecting nothing less from them come Tuesday.

“There have been some changes in the squad following our match against Japan, so we’re excited to see how these new boys go tomorrow night.”

All matches will be broadcast LIVE on RUGBY.com.au as well as Oceania Rugby’s Facebook and Twitter Channels.