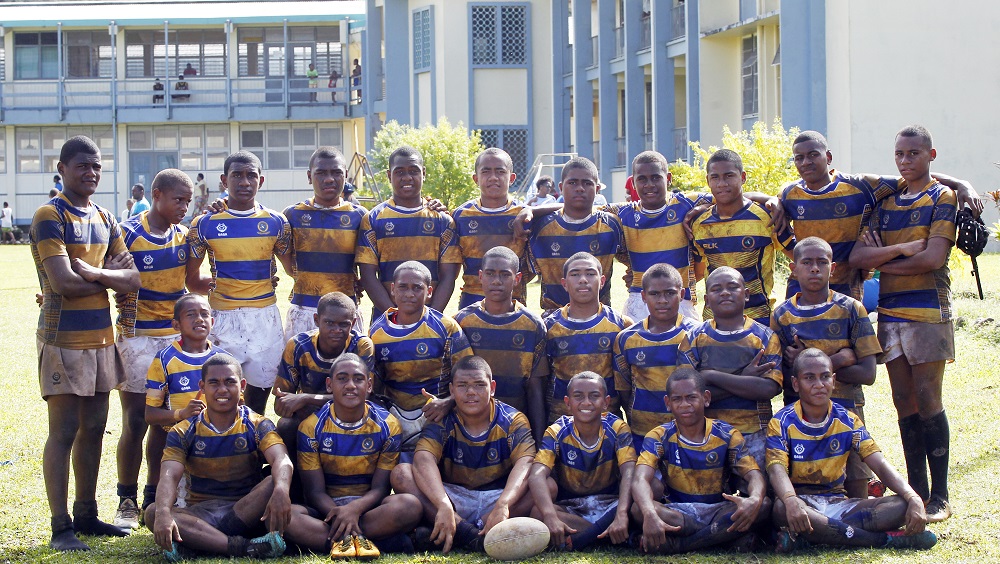 The RKS U14 Rugby Team after their game against QVS at Delainakaikai ground yesterday.Picture:ATU RASEA

RATU Kadavulevu School is impenetrable when it comes to rugby.

Some say it’s in their blood, but after the 2017 clean sweep of the Fiji Secondary Schools Rugby Union Super Deans Trophy competition, the Tailevu-based school has taken the rivalry among schools to another level. It’s fortifying its base again.

And with the season heading towards its national quarter-finals, RKS is showing early signs of another successful season.

RKS head of rugby and former national rugby rep Nacanieli Saumi has a great think tank that has been credited the success in the past few years.

It led to the coup in results two years ago.

It was the first time for a school to win all the rugby titles.

But the think tank drew its strength from the school, the former scholars, the rugby experts, the teachers, team managements, and the parents.

Support is the pillar of their strength.

Among those in the think tank is master Lemaki Makasiale, a former Yat Sen Secondary School student.

He scarcely played rugby when young, but he is making a name for himself and setting a trend in the rugby circle.

He is the manager of the RKS under-14 team which remains unbeaten so far in the FSSRU Eastern Zone competition.

He is a rugby mentor.

Like CEOs in companies, the success of a team also depends on the quality and leadership of the manager.

This is Makasiale’s strength. He simply mentors and ensures that players tune into the mission of the team. To win.

“Our motto is ‘being humble.’ On top of that we respect all our oppositions,” he said while watching his side play from behind a flower bed in front of a teacher’s quarter last Saturday at the RKS ground.

That’s what good rugby administrators do.

They find an isolated place to watch their teams to spot weakness and strengths.

One good example was the late Ratu Kitione Tuibua Vesikula, who won Fiji’s first hat-trick in the Hong Kong 7s.

Makasiale wore his team’s team’s T-shirt. That’s leading by example and a show of deep commitment. He is the number one fan and supporter.

It works well in his role because he is leading children.

Kids follow what adults do and easily grasp what they are taught if their leaders and teachers lead the way.

Makasiale used that to relay his message and it is working so far with ther unbeaten run.

“It all starts from the classroom,” he said.

“Most of our teachings are done there. We drive on excellence, discipline and showing the students their paths to success.

“It’s in the classroom and general conduct at school. When it comes to rugby, it’s touch and go. All I do is to mentor and guide them to become successful.

“We had 120 students who showed interest to join the U14 team. We conducted five weeks of trials and classroom assessments for general conducts to select the best 40 players.

“These students are dedicated. They work hard in school, in other activities and as a team. We have one more round and we target to reach the national quarter-finals.”

Makasiale managed the U16 team that won the grade’s national title in 2016, also in 2017 and last year the U18 side that won the Deans Trophy.

His biggest challenge this year is the U14 side, the baby of the school and a new rugby side.

If they win he becomes the manager who helped build the new side which comprised some former Veiuto Primary School students and from around the country.

The win will be part of the rugby trend he is building.