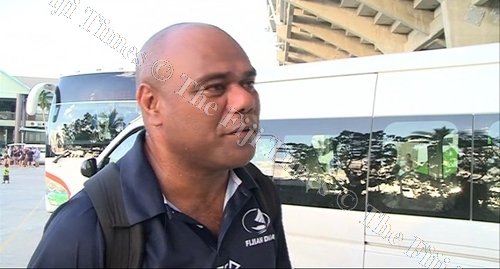 TECHNOLOGY assistance has been a breakthrough in sports and the Fiji Rugby Union has witnessed its effects in the preparation of national teams for international matches.

Social media, for instance, has its side effects that caused upsets and the downfall of a team and renowned coaches and players have seen how the abuse of social media has affected the players’ performances.

“Every coach makes the decision of what the team does in the field of play and in training camps. And for me, I make sure my players don’t abuse the use of their mobile phones or other electronic technology that could distract them from focusing on the game.

“They are given a certain time to go through their phones but it’s limited because it could cause distractions such as bad news from the families that could affect them mentally in the field but like I said, it’s up to the coach and his set of rules to the players especially preparing for a championship,” said Seruvakula.

Seruvakula, who also applied for the Flying Fijians head coach position, said rugby players needed to be reminded that experience and professionalism was not the only factor that selects a player into a team.

“When you’re in a team, you work as a team and abide by the rules despite your experience and professionalism.

“The coaches have the last say and I believe that technology has its good ways of helping coaches review games through videos and analysis but at the same time, it causes distractions to the players especially building up towards championships,” he said.