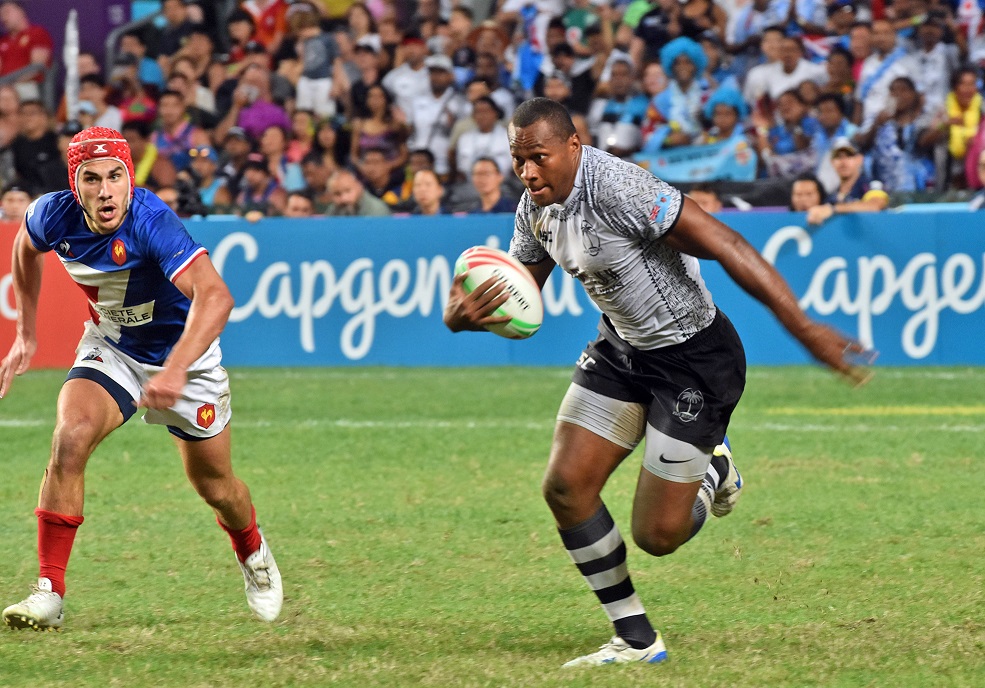 Paula Dranisinukula on attack against France in their Cup final match in 2019. Picture: JONACANI LALAKOBAU

The Fiji 7s team has not won a gold medal in the history of the games. The contingent of 87 athletes plus 27 officials for the Birmingham Games in England next month, was announced by the chef de mission Sale Sorovaki in Suva yesterday.

“Team Fiji will depart on July 21 from the Nadi International Airport before the games begin on July 28,” Sorovaki said.

He said national federations and athletes had 48 hours to appeal the selection.

“Athletes and team officials have an opportunity to appeal their non-selection over another athlete.

“The appellant should appeal in writing,” he said. The extended Fiji men’s and women’s teams will be reduced before the contingent departs.

Meanwhile, the coaches for judo and triathlon were not named yesterday.

Sorovaki said discussions were underway on technical grounds on the eligibility of the coaches to take part in the games. The 2002 Commonwealth Games, Manchester judo gold medallist, Nacanieli Takayawa, was nominated as Fiji’s judo coach to Birminghan while triathlon had Maryann Moss.