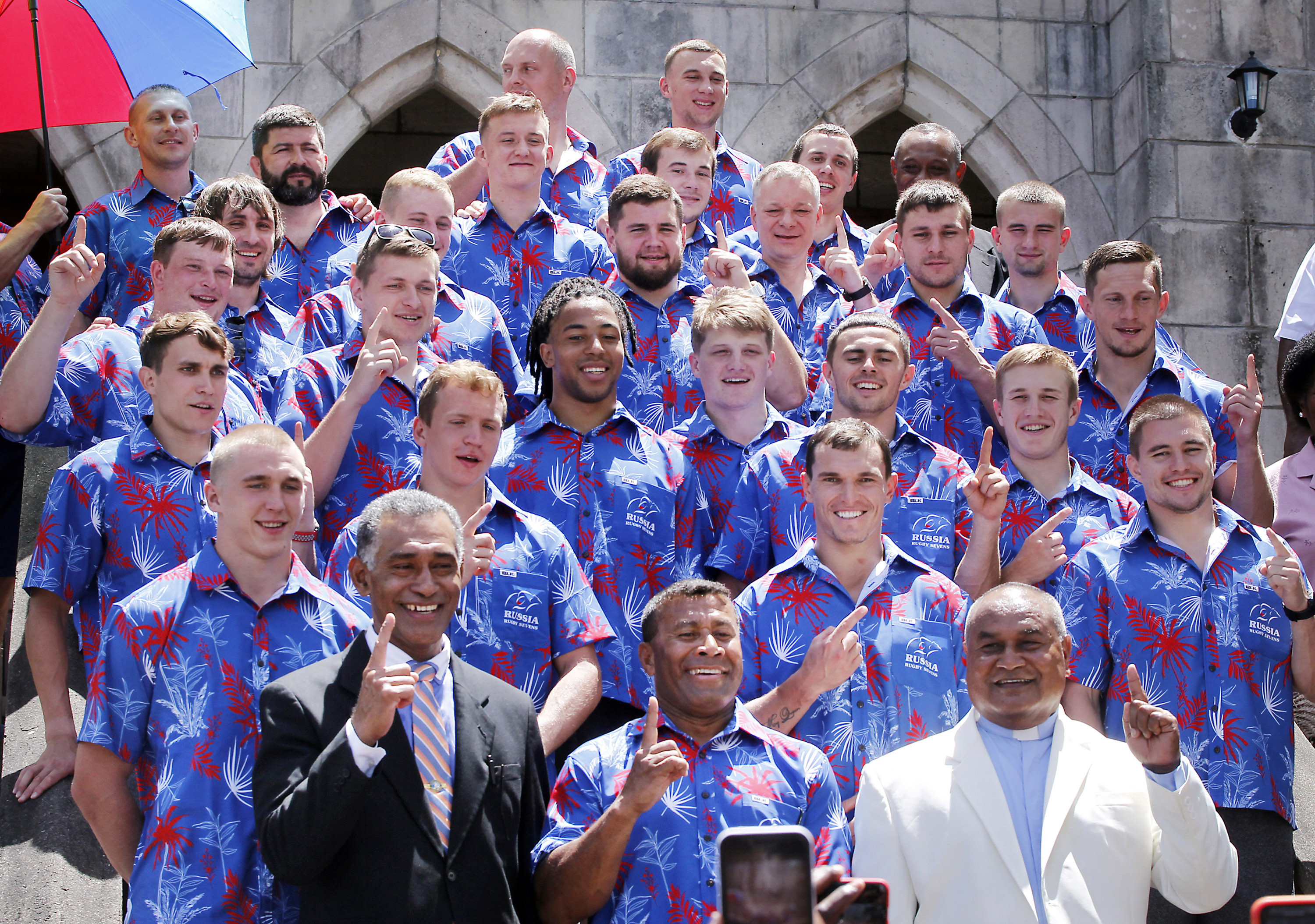 Outgoing Russian sevens coach Waisale Serevi and Rev Iliapi Tuiwai the head of Suva Divisional Superintendent of the Methodist Church with members of the team after a Church service at the Centenary church. Picture: ATU RASEA/FILE

SEVENS maestro Waisale Serevi has stepped down as the head coach of the Russia Men’s 7s team after a year.

Rugby Union Russia announced the news on the social media platform Twitter also highlighting it was not the end of the Serevi’s journey with Russia rugby.

“We’d like to thank the King for his work and acheivements during his time with Russia,” the tweet said.

“Waisale will continue to advise the RUR in a consultancy role.

Serevi also aired his sentiments in a Facebook post reminiscing treasured moments during his tenure as head coach of Russia 7s.

“Yesterday I have step down as the head Coach of my Russia 7s team,” Serevi said.

“Happy to have taken the boys training and to visit, play in Fiji and they really had a great time.

I had a great time with our boys trying to develop new talent the last couple of months but it’s always difficult to qualifiy a team in seven months.

I believe this young players have learned a lot of things and they will only get better from here onwards and I wish the next Russia 7s coach all the very best going forward.”