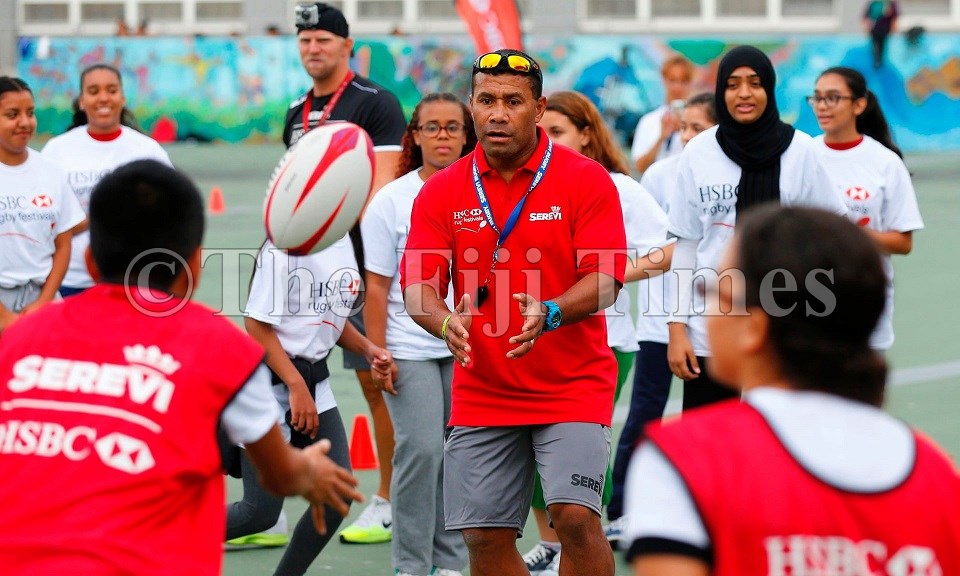 HSBC Ambassador Waisale Serevi during one of his clinics. Picture: HSBC

SEVENS wizard Waisale Serevi has extended an open invitation to the Fijiana 7s team to for a possible two-match exhibition match in Russia in the hopes of expanding the 7s code for both countries.

With the positive progress currently made with our Fijiana 7s team, the head of the Russia 7s program believes it would be great development to have our shield-maidens showcase the Fijian game in St Petersburg, Russia where the Rugby Europe 7s Club Championship 2020 will be held later this year.

“Men’s rugby in Fiji is already well off and we thought of helping women’s rugby,” Serevi said.

“Through the FRU chief executive officer we have met with FRU development manager Koli Sewabu and High Performance Unit director Simon Raiwalui and offered an invite to bring the Fijiana to the biggest tournament in St Petersburg.

“Talks were positive and we have told them what would be needed for it to happen.”

Serevi said the Fijiana would play the Russia women’s 7s team in an exhibition match where both teams would attract a crowd as well as expand the code in the country.

“We can showcase Fijian rugby and give our players a chance at playing Russia in a different environment,” Serevi said.