Serena back to physical and emotional best, says coach 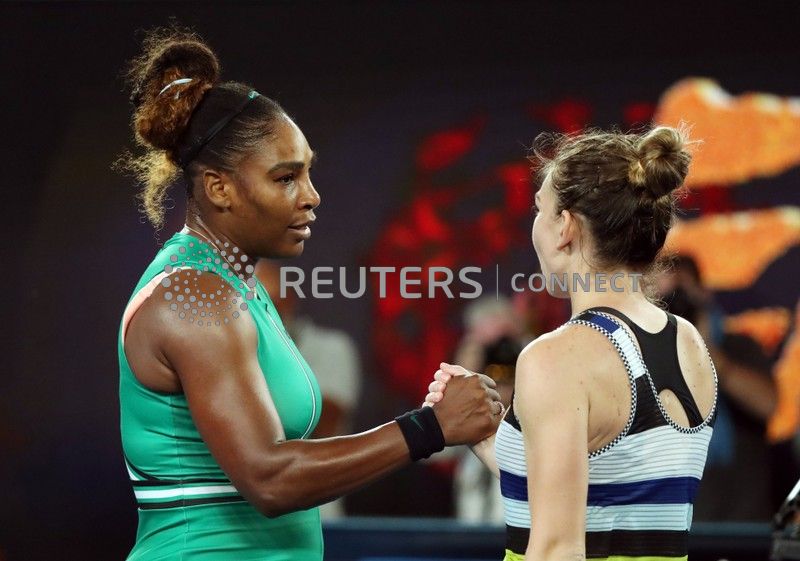 MELBOURNE (Reuters) – Serena Williams is back to her physical and emotional peak for the first time since returning from childbirth last year, according to the American’s coach Patrick Mouratoglou.

The 37-year-old Williams produced a dazzling display to beat world number one Simona Halep in three sets in the fourth round of the Australian Open on Monday and looks in the mood to add to her 23 Grand Slam titles in Melbourne.

Williams, who won the 2017 Australian Open when pregnant with daughter Alexis Olympia, came close last year but lost two finals — at Wimbledon to Angelique Kerber and at the U.S. Open to Naomi Osaka.

But Frenchman Mouratoglou believes she is now ready to matching Margaret Court’s all-time record of 24 Slams.

“I think she’s fitter than she was last year, because even though she made a lot of effort to come back in shape last year, I don’t think she had enough time,” he told reporters.

“For a top-level athlete to come back and be 100 percent fit after having a baby any time, I think there was not enough time.

“I feel now she’s back to being Serena on both the physical and emotional side. I think her level is good. I think she needed a big fight, and it happened today.”

Mouratoglou has been coach to Williams for seven years but their partnership came under the spotlight last year in a stormy U.S. Open final during which she was given a warning by umpire Carlos Ramos for off-court coaching from the Frenchman.

Despite her insistence that she had done nothing wrong, and subsequent loss of temper, Mouratoglou admitted afterwards that he had been passing on instructions.

Mouratoglou said he had not worried that it might end their fruitful relationship.

“First of all, I hope that every time a coach gets a code violation for coaching, he doesn’t get fired, otherwise there will be guys fired every two days,” he said.

“Second, I hope that our seven years’ relationship is a bit stronger than a chair umpire.

“Third, she’s much too smart to do that. It’s not a reason for taking a decision that would have an impact on your future.”

Asked if last year’s disappointments had increased her motivation, Mouratoglou said: “I think she was very motivated last year, but it was just too early for her.

“I mean, she was ready to reach a final but there is a big difference between reaching a final and winning it.

“I didn’t want to say it when she lost, because it sounds like an excuse, but you cannot buy time. Things take time.”