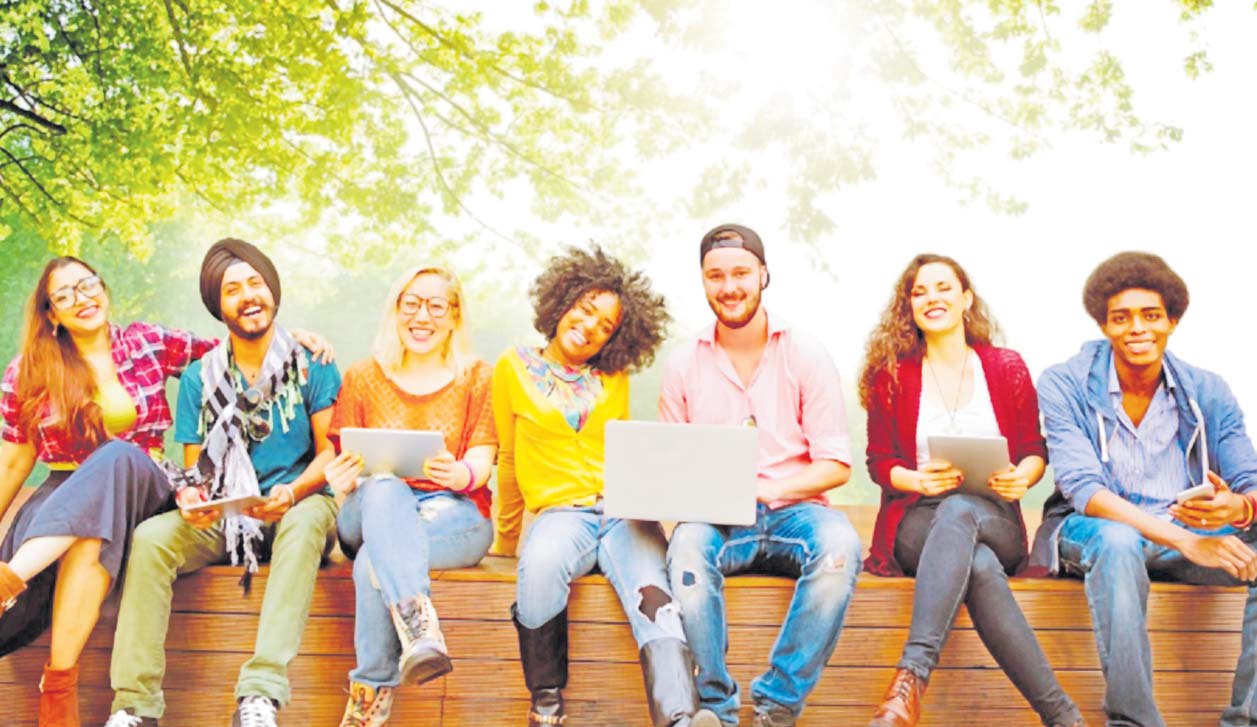 Why do we insist on putting human beings into separate ethnic boxes? The simple, obvious, and damning answer is colour.. Picture: www.earnestbjohnson.wordpress.com

A new city will be built on this land, to be named “Freedom”.

Plans have already been drawn up to provide a place where, as one of them said, their ‘tribe’ will be safe and free.

How sad is this? How indicative of the racial divide in the US is this?

How symptomatic of the racial mistrust and mistrust of peoples of colour in the US and the rest of the world, whether of African, South American, Asian, Southern Islander, or South East Asian, descent?

Why do we have to define people by ethnicity? A Google of this subject confirms a proverbial bag of worms.

It is fascinating how a person of mixed race can be defined as Aborigine, Maori, African, Indian, Chinese and so forth. Often it comes down to how such people perceive themselves – I ‘feel’ Aborigine’ therefore I am.

But, too, there are actually ancestral inherited percentages that might apply.

About 3 per cent or so of dark skin, and you can choose to be whichever you prefer to be.

Why do we insist on putting human beings into separate ethnic boxes?

The simple, obvious, and damning answer is colour. If a Dutchman marries a girl from Sweden, that is not a ‘mixed race’ marriage.

If an Italian marries a Greek, that is not a mixed race marriage.

In most societies (excepting, for example, the Jewish) it is usual for the child to inherit the paternal ethnicity.

But – the child of a Malay mother and Irish father will usually be considered Malay.

Why? Because the accepted tradition is that white is superior and dark is inferior.

Yet, today, the pressure on those children is for them to choose which ethnicity they wish to adopt.

And the tragic fact is that often they choose to side with the ‘whiter’ parent.

This choice usually has nothing to do with preference for one parent over another – it is simply a choice that is decided by the age-old established and accepted tradition that white is good and black is bad.

Think about all those Western movies – the baddies always in black – the good guys in white.

White animals such as rhinos, deer, and horses are desirable. Black cats, in many countries, are considered unlucky and are the accomplices of witches.

There are inconsistencies, as there usually are, but they are rare.

But, the fact remains that for the most part white is good and black is bad.

How ridiculous is that? The winners are the chemical companies that manufacture these products. Colour is also, especially in the east, a fundamental factor in ‘caste’.

The whiter you are, the more superior you are.

In the ’60s I had a Tamil Ayah in Singapore who had a daughter.

The mother was quite fair skinned, but her daughter was very dark. Her mother would often say to me.

Look at her, black like a monkey! Why do we do this to each other?

We all have the same physical elements – skeleton, vital organs, hair, and teeth.

The only difference is that human beings have a varied amount of melanin.

Melanocytes determine the amount of melanin in our skin.

Every human being has the same number of Melanocytes, but a number of people produce more melanin.

This is why some white people burn badly in the sun while others simply acquire a nice tan.

And very brown people have heaps of melanin.

There are many instances of twins being born, one black and one white.

This often happens when both of the parents are biracial – but can also happen when the parents  are of different races.

It is on record that biracial twins can be born to parents with a white or black ancestor – it’s all in the genes!

Genetically there is a one in 500 chance of twins having different skin colours – fifty years ago this was almost unheard of, but today, with the increase in mixed race marriages, the chances are higher.

So it stands to reason that a blend of two skin colours will produce a varied mixture of skin colours.

When you take into account the number of people who are the descendants of two  people of several mixed races, who knows what colour their babies might be?

Unfortunately, we humans are not all born with equal mental capacity.

There are some very dumb people of all colours – but the too frequent assumption is that if somebody has a dark skin they must be stupid.

But that does not alter the fact that we are all human beings.

Indian Dr. Panda is considered to be the best brain surgeon in the world.

The Fortis Memorial Research Institute in India is one of the medically foremost technologically advanced in the world.

The El Camino Hospital in California is similarly recognised.

Here in Fiji, in a tiny nation of less than a million we have two universities.

At the CWM I underwent a serious yet successful cancer operation performed by Dr. Waqainabete.

Now we have surgeons who are performing Stent operations.

I have personal friends who take advantage of a Fiji holiday to visit their preferred dentists and opticians.

What does it matter what colour our skin is?

What does it matter what caste,  or class, tradition says we are? Who cares whether we are brain surgeons or garbage
collectors.

If we have friends we can relate to and people we enjoy being with – who cares what colour they are or how they make a living?

We are all members of the human race.

We must learn to accept each other.

We must learn to disagree – to apply tolerance – to include – to share – and above  all to understand that we are, indeed, all human beings who share exactly the same emotions, who make mistakes, who feel sadness, regret disappointments, and celebrate achievements – who experience the pain of loss and the pleasure of joy.

We are human beings – black, brown, pink, white, yellow – whatever.

And as human beings, we should respect each other: and certainly stop putting each other into  stereotyped racially coloured boxes.

To quote the American Civil Rights activist who was the first child to desegregate  the all white school law in Louisiana in 1960: “Never judge people by the colour of their skin. God makes each of us unique
in ways that go much deeper”.

She runs her foundation to help troubled children in schools around the US.

It is unusually progressive, and a sign of tolerance, that here, in Fiji, we long ago  coined the marvellous expression, “fruit salad” to describe people of mixed race.

It isn’t perfect, but it is a start – and how good is that!