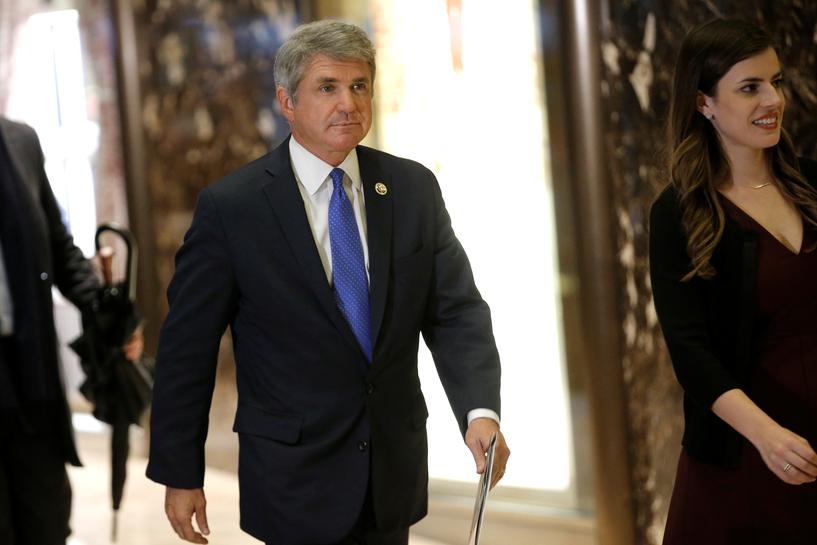 WASHINGTON (Reuters) – The top Republican on the U.S. House of Representatives Foreign Affairs Committee said on Monday that cutting aid to El Salvador, Guatemala and Honduras would make the situation there worse, not better, a sign that President Donald Trump will face bipartisan objections in Congress as he pursues the plan.

“If we cut all this funding, and a lot of it, quite honestly, is seriously law enforcement that we’re doing down there … I think it’s going to make things tragically worse, not better,” Representative Michael McCaul said in a presentation at the Wilson Center think tank in Washington.

The State Department said on Saturday it was carrying out Trump’s directive to end aid programs to the three Central American nations, known as the Northern Triangle, after Trump blasted them for sending migrants to the United States.

However, congressional aides noted that, since the U.S. constitution says Congress, not the president, sets spending policy, Trump cannot overrule spending bills passed by Congress, which he signed into law, without lawmakers’ approval.

To obtain that approval, the administration would have to send Congress a formal notification explaining its plans for reusing the aid money and seeking lawmakers’ approval.

McCaul said those who might want to cut off aid may not understand the issue, arguing that U.S. money goes to addressing the problems that prompt migrants to leave their countries.

“I don’t think they thought it through,” he said.