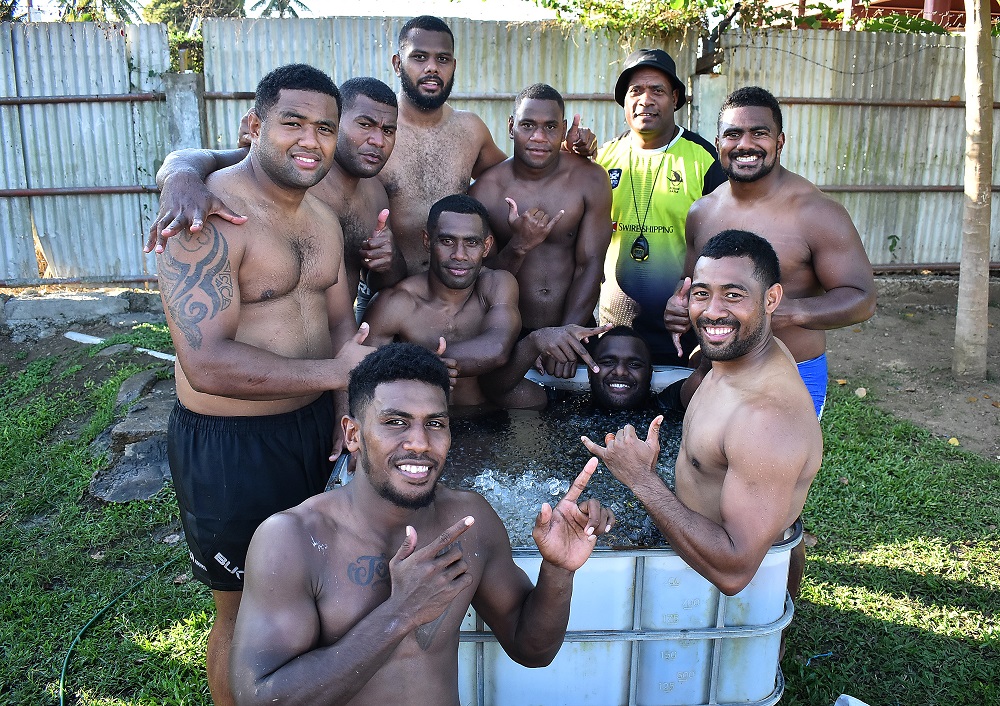 Henry Seniloli (front right) and part of the Fijian Latui side with their trainer Tikiko Namua after training at Prince Charles Park in Nadi. Picture: BALJEET SINGH

FIJI Airways Flying Fijians halfback Henry Seniloli is looking forward to the camp next week ahead of the Pacific Test Series versus Maori All Blacks, Pacific Nations Cup and the Rugby World Cup in Japan in September.

He was part of the Swire Shipping Fijian Latui side for the past three weeks and also played against the Western Force in the Global Rapid Rugby last weekend in Perth.

The England-based Doncaster Knights Rugby Club halfback said it’s always good to be home and training with the young lads ahead of the Fiji Airways Flying Fijians camp next week.

“It a privilege and honour to be back home as we have been looking forward to the camp next month as we prepare for the Rugby World Cup in Japan,” the Bau lad said.

He said being part of the two weeks camp with Latui had given him a fair idea about the competition level form the local-based players vying for a spot in the Flying Fijians team.

“The pathway program is very good and the local boys have put their hands up for selection.

“They have been playing well in local tournaments and for the Fijian Latui team. They will certainly be very competitive in the Flying Fijians camp.”

“There is always competition and there are four of us named as halfbacks.

“So whoever trains and plays well will be given the spot in the team.

“I have been with the Fijian Latui side for three weeks and it’s good that I have acclimatised well.”

The Flying Fijians squad members march into camp next Monday and will face the Maori All Blacks on July 13 at ANZ Stadium in Suva before the return match at Rotorua, New Zealand on July 20.