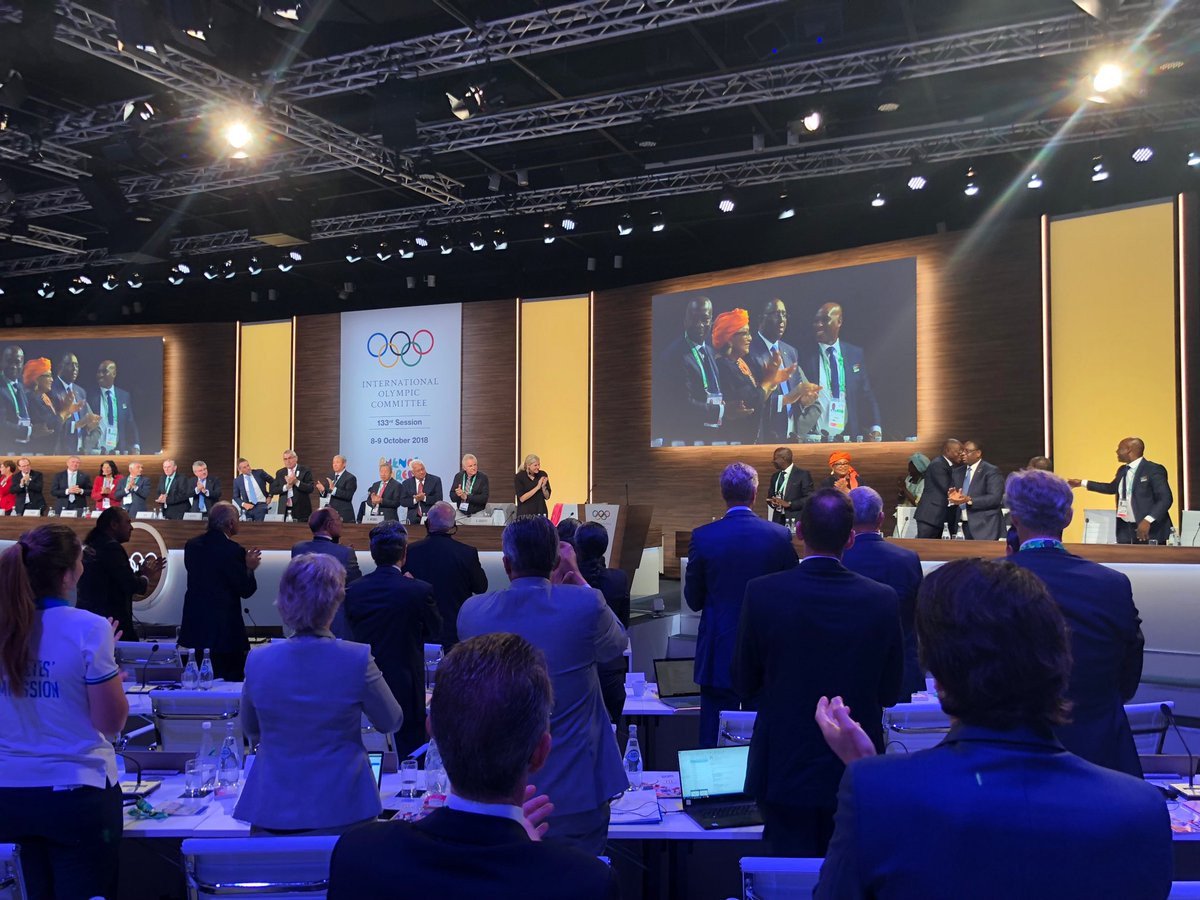 BUENOS AIRES, 09 OCTOBER 2018 (INSIDE THGE GAMES) – Senegal has been officially confirmed as the host of the 2022 Youth Olympic Games by the International Olympic Committee (IOC) Session here today.

The Session approved Senegal staging the next edition of the Youth Olympic Games by acclamation.

The country was the only candidate after the IOC Executive Board acted on a recommendation from the 2022 Evaluation Commission.

The Commission, chaired by IOC vice-president Uğur Erdener, chose Senegal ahead of Botswana, Nigeria and Tunisia, who were also interested in becoming the first African host of any Olympic event.

The 2022 Youth Olympics will take place in capital city Dakar, the new city of Diamniadio and the coastal resort of Saly, between May and June following the rubber-stamping by the IOC Session.

“At this very ceremonial moment for Africa and in particular for Senegal, I wish to express on behalf of all Africans our gratitude and our recognition for choosing us,” said Senegalese President Macky Sall, present here at the Session.

“I can promise our commitment and my own commitment – we will do everything we can to host you in the most exceptional conditions.

“Be assured that Senegal will be able to meet this challenge.”

Few exact details regarding Senegal’s hosting of the Games were revealed today, with Erdener claiming there had not yet been discussions over an exact budget for the event.

Sall announced a 50,000-seater stadium would be constructed to stage the event, while a new rail link will be built to help ease traffic concerns.

May or June has been chosen as the dates for the event as Erdener claimed this would reduce the risk of tropical diseases in the country.

IOC members lined up to praise the decision to host the Youth Olympics in Africa but there were not any questions about the technicalities of Senegal’s proposal.

Members of the Senegalese candidature and African IOC members were keen to stress it would be a continent-wide effort to ensure a successful hosting of what will be the fourth Summer Youth Olympic Games.

“It is time for Africa,” said IOC President Thomas Bach.

The IOC first decided to find an African host at their Session on the sidelines of the Pyeongchang 2018 Winter Olympics.

It is hoped the 2022 Games could pave the way for an eventual Summer Olympics in Africa.