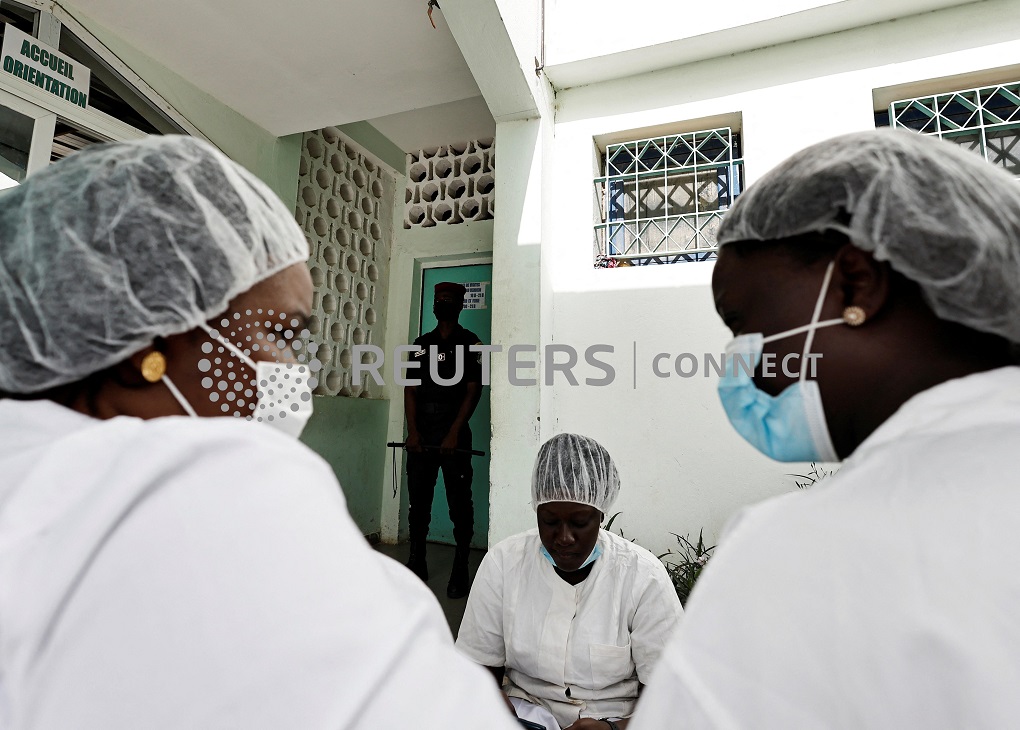 A policeman stands guard at the entrance of a hospital, where newborn babies died in a fire in the neonatal ward, in Tivaouane, Senegal May 26, 2022. REUTERS/Zohra Bensemra

Sarr will be replaced by Marie Khemesse Ngom Ndiaye, the ministry’s director general, according to the decree.