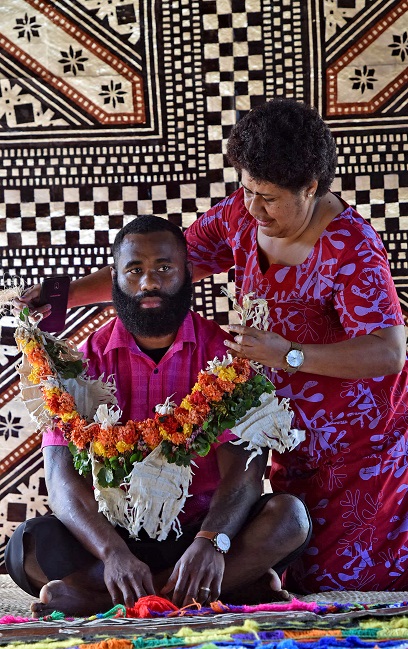 FLYING Fijians winger Semi Radradra is available to play for Fiji at the Olympic Games in Tokyo, Japan nest year.

He gave the hint saying that it is something that is definitely on his radar.

“That is something that is a new target for me,” Radradra confirmed during his vakacirisalusalu (homecoming ceremony) hosted by the Tui Cakaudrove Ratu Naiqama Lalabalavu and the people of Somosomo Village at the Soqosoqo Vakamarama Hall in Nabua, Suva, yesterday.

Radradra has also confirmed his availability to don the white jumper again if needed for the Flying Fijians vs Barbarians Test in November. It will be Fiji’s first game after the Rugby World Cup in Japan.

Radradra, who returned with the Flying Fijians last week from a successful world cup campaign was happy to be back home and did not expect such a big welcome. “I was surprised and did not expect so many people to attend and am thankful and truly humbled.

” Tui Cakaudrove Ratu Naiqama Lalabalavu commended Radradra on a successful rugby career that has not only made the nation proud, but his own people.

“Never have your people been so proud of your accomplishments,” Ratu Naiqama said.

“And we thank you , no matter the status and heights you have reached you have remained humble and the same person that left the village many years ago.

“May you keep your feet always on the ground and the sky is the limit.”

Radradra is having a rest after the RWC before retruning to Frasnce for more club commitments with his family.