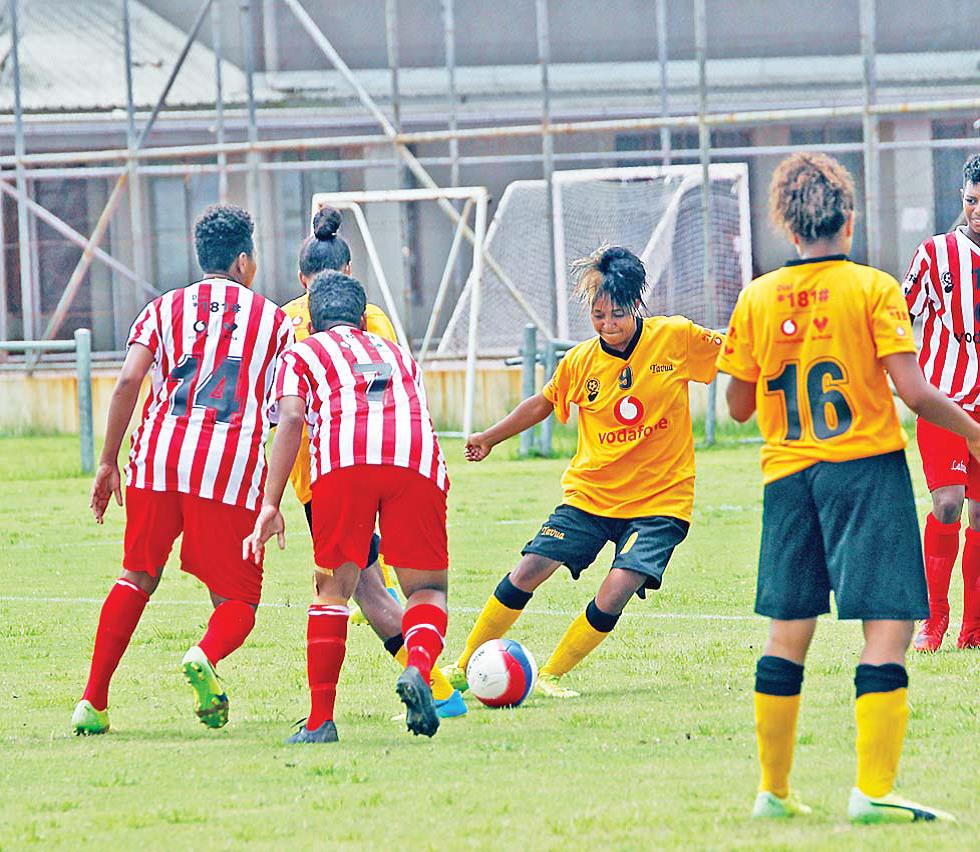 TAILEVU Naitasiri qualified to the semi-finals of the Vodafone Women’s Inter District Championship after defeating Navua in their Group A encounter yesterday at the Fiji Football Academy ground in Vatuwaqa.

Tailevu Naitasiri captain and coach Laisani Mataele was elated saying they had achieved the goals they set before coming into the tournament.

“We set our aims on reaching the semi-finals and we have done that.” Mataele said.

Mataele who was also named the Fiji Football Association coach of the year said she was over the moon with the win seeing that it was a development team that they brought to the championship.

“They are mostly new girls in representing Tailevu/Naitasiri and I always stress to them how important it is to work as a team and trust each other.” Mataele said they had now reset their focus before their final pool game.

The lone goal in the match was scored by Tailevu Naitasiri midfielder Vani Bainivalu. Meanwhile, in one of the biggest margins of the day Ba defeated Nadi 13-0.