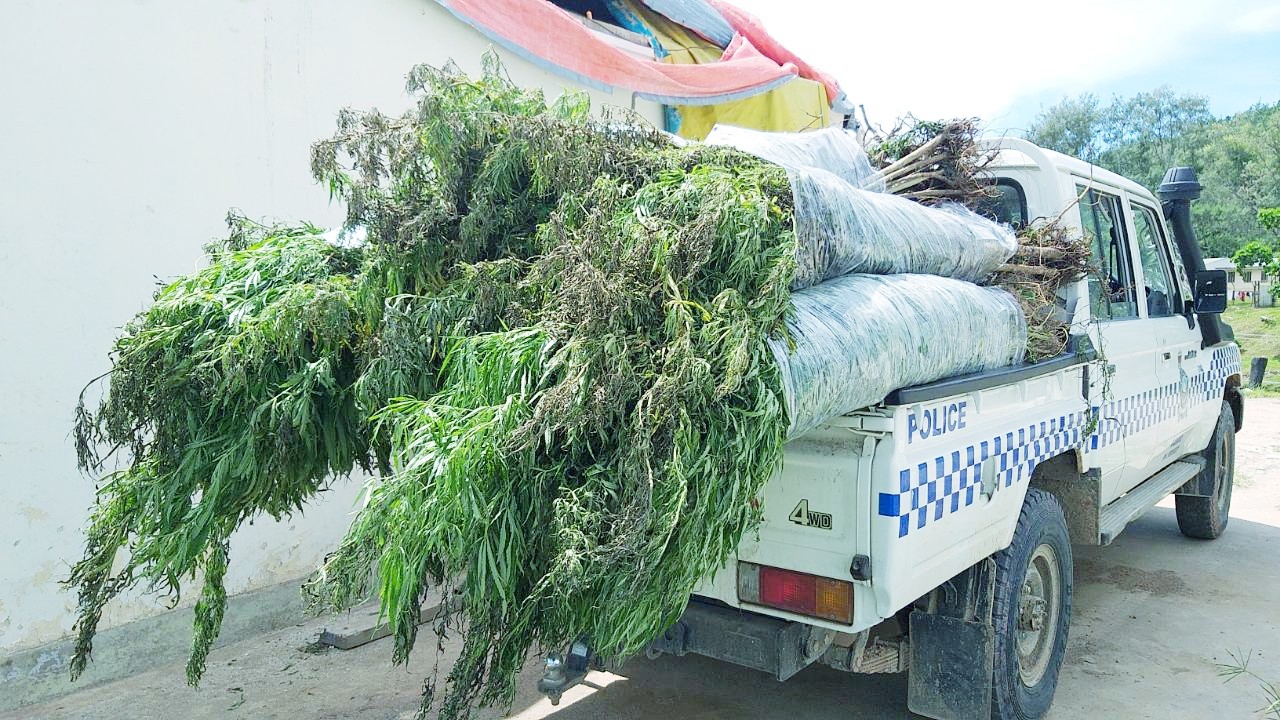 Plants believed to be marijuana uprooted by Police in one of their earlier raids. Picture: FT FILE/SUPPLIED

“These drug exhibits are the ones that are seized from the communities, and when we seize it some people are saying that we are using it, this is wrong.”

“When we seize it, we take it to court and we what for the court to finalise the case, once it’s finalised then the order is given from court to destroy it.”

ASP Masitabua said it was unhealthy for drugs to be kept within police premises.

“The drugs, if you see the back-ground, have effects as well not only on drug addicts but anybody that comes into contact with it.”

ASP Masitabua said the seized drugs were burnt in an incinerator.

“Unlike for marijuana we can burn it in open places far from any communities.

“But for other drugs when you burn it, you make sure it is destroyed.”

He said police so far had 2707 drug exhibits cases.