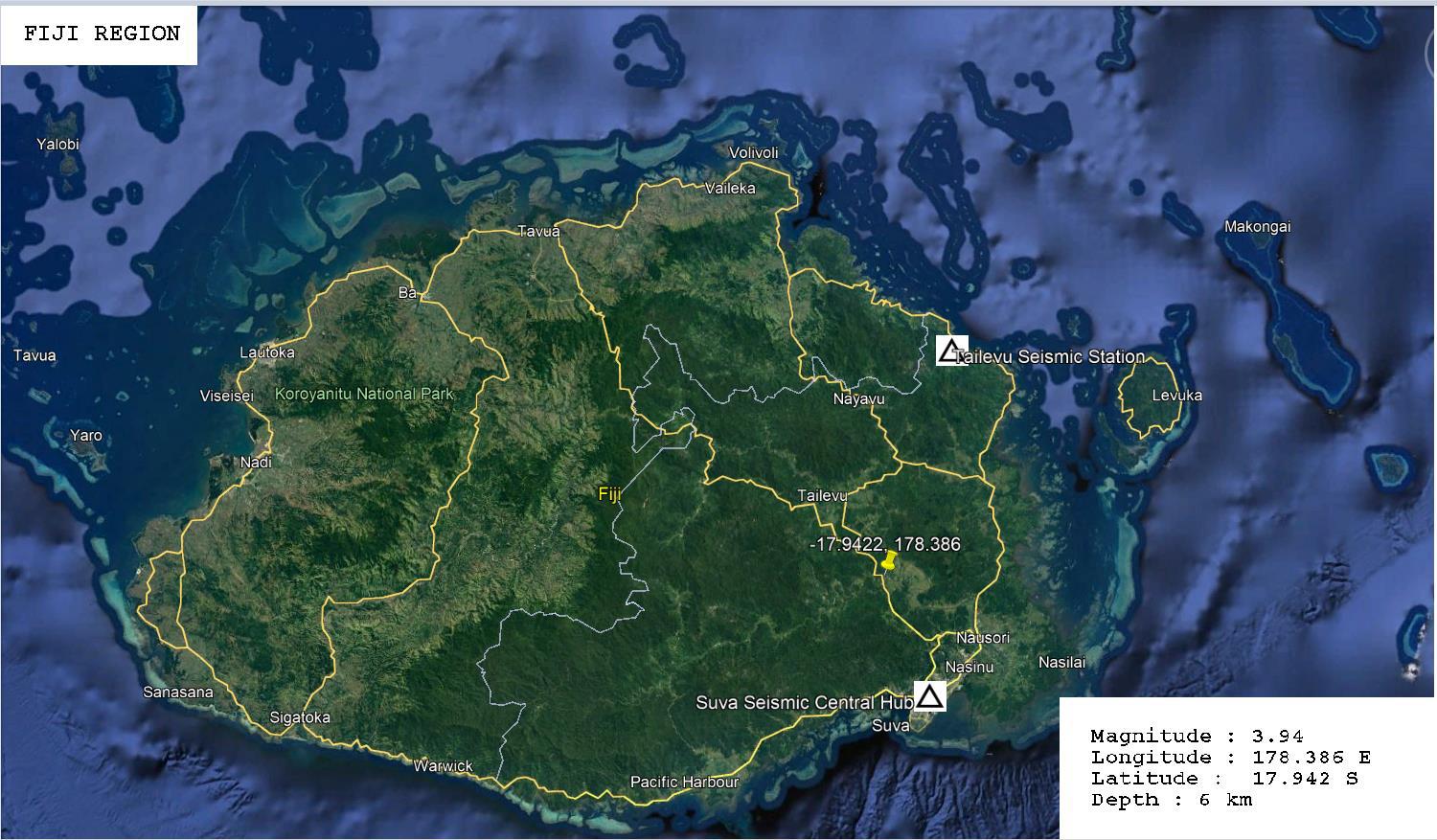 The map showing the epicentre of the 3.94km earthquake that was reported in the Naitasiri region at 7.43am today (May 14, 2022). Image: SUPPLIED

A 3.94 magnitude earthquake occurred at 7.43am today in the Naitasiri region.

The seismic activity was reported 3km Southwest from Viria Village in Naitasiri, 17km Southeast from Nausori town, and 21km South-southeast from Suva.

According to the Seismology Unit of Fiji’s Mineral Resources department, this was an inland earthquake, it was a “felt event”, and it occurred at a shallow depth of 6km, and posed no tsunami threat to the region.

Some members of the public took to social media this morning to post their experience from areas in Suva and surrounding areas, having felt the ‘strong’ tremor that only lasted seconds.