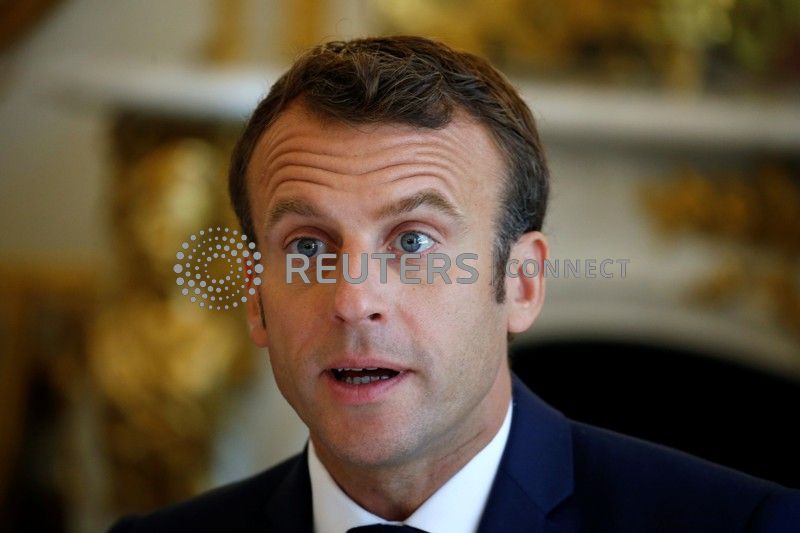 PARIS (Reuters) – French President Emmanuel Macron will maintain the presidential press room inside the Elysee Palace, backtracking on earlier plans to restrict media access to the heart of French power, as he seeks to fix a bumpy relationship with the media in France.

The conciliatory gesture, announced in a letter from Macron’s top aide Alexis Kohler to the French Presidential Press Association, is another sign of Macron’s shifting communication strategy, which early in his tenure aimed to bypass journalists.

Last year, the French leader announced plans to relocate the press room, which overlooks the palace’s central courtyard, permitting journalists to see visitors come and go, to a nearby street.

French media including newspapers Le Monde and Liberation at the time decried a decision they said would undermine a symbol of transparency and accountability and which raised questions about Macron’s liberal credentials.

The letter from the president’s office said Macron had “heard the strong concern” expressed by journalists. The presidential press association, headed by Reuters journalist Elizabeth Pineau, welcomed the decision.

The move was part of his so-called “Jupiterian” communication strategy – based on lofty speeches and scarce interactions with the media to project authority and contrast with his predecessor, Francois Hollande, who often leaked information to journalists and was forced to give up on a second term.

However, Macron’s media strategy was partly blamed by commentators for a reputation of arrogance and aloofness that hurt his popularity.

Since the Benalla scandal – during which he slammed the press for “no longer seeking the truth” – and the “yellow vest” crisis, which damaged his popularity, Macron has adopted a less confrontational attitude with the press.

He gave his first domestic press conference in April, has struck a less defiant tone with reporters during outings and has begun holding off-the-record chats with some journalists, a practice often used by his predecessors which he had criticised.

Since he launched a series of town-hall meetings across France during which he debated with common people for hours on end, Macron’s popularity has rebounded.

It was last at 38 percent in an Ifop poll, up 15 points since a low in December at the peak of the yellow-vest crisis.