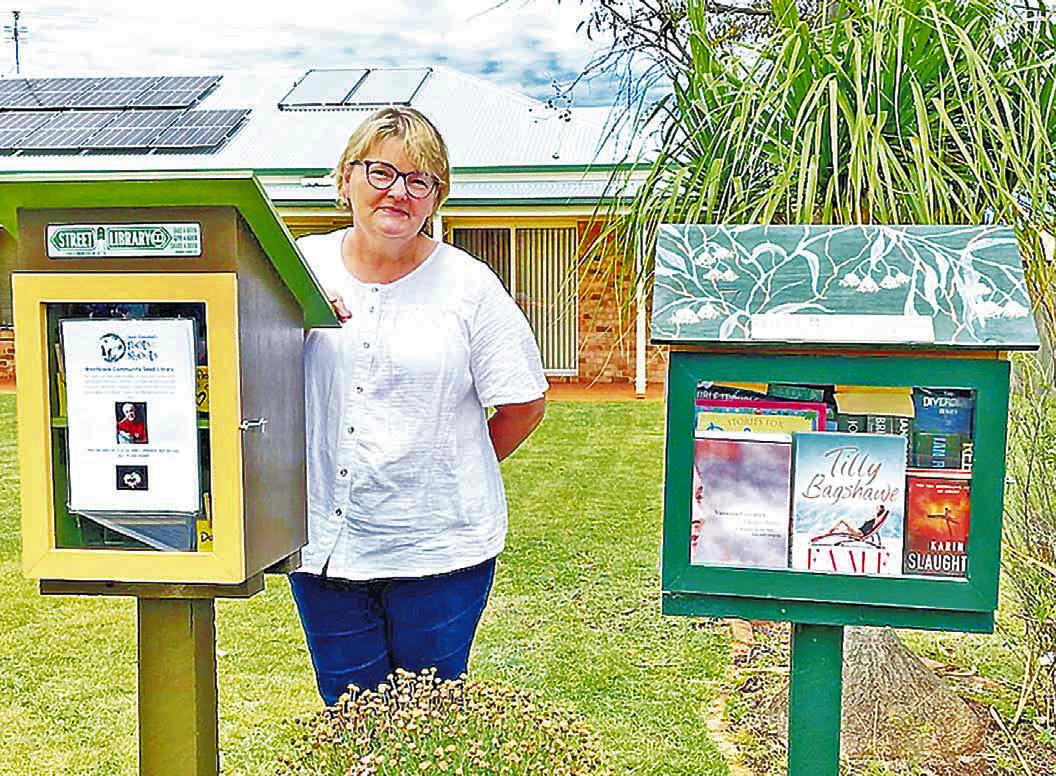 “Neither a borrower nor a lender be” is a well-known phrase from Hamlet by William Shakespeare, but it’s not one embraced by gardener Deb Tanzer.

She wanted to do something for her local community, so she established a community library in Westbrook just outside Toowoomba about two years ago.

She has expanded from that idea and now hosts a community seed library as well as the community book library.

“The idea came from Costa on ABC Gardening Australia and I thought, ‘what a great idea for the community’,” she said.

“It’s very similar to the book library: you take seeds, donate seeds, give back to the library, very much the same concept of trust.

“We wondered whether people would take it up.

“Would it get vandalised?

“All those fears, but it’s really taken off which has been lovely.”

The Westbrook seed library has been operating for a couple of months now and the first lot of seeds has already been snapped up; with sunflower seeds proving very popular.

It’s easier than you think

Growing plants from seedlings is easier than you think, according to Ms Tanzer.

“You can have a little garden in anything.

“It doesn’t have to be a big area, you can have an old boot or a pot or even a teapot,” she said.

Mike Wells is a Toowoomba horticulturist and he says while growing plants from seed requires a little more care, the pros outweigh the cons.

“When you plant seeds and sow them directly into the ground then the root system establishes very well.

“It has a good chance of actually producing a very strong root system in the natural soil in which the seed is planted,” he said.

“Sometimes when you plant a seedling the roots don’t tend to grow as well.”

There are some things gardeners need to be aware of when growing plants from seeds.

Some plants sown from seed may not grow to be identical to the parent plant. It depends on the type of plant.

According to Mr Wells, if you are growing an heirloom variety from seed there is a fair chance that the plant will be identical or close to identical to the parent plant.

“But when you get seeds from plants that have been hybridised, you’ve got a fair chance those plants will revert to the original varieties those hybrids come from,” he said.

Some seeds from hybrid varieties may not be viable, and some hybrids do not even produce seeds.

“A lot of the new hybrids have been bred not to produce viable seed, which means you’ve got to go out and buy the seedling again,” Mr Wells said.

There are plenty of benefits for those choosing to embrace the seed library.

From children learning where their food comes from, to the satisfaction of growing something yourself.

According to Mr Wells, learning how to save seeds and grow plants in the garden creates a stronger lineage of plants that will grow well and produce well into the future.

For Ms Tanzer, it is about being part of the local community.

“I often look out my window and see someone at the library and that really gives you a buzz to see people there.

“It’s a great thing for your neighbourhood, for your street,” she said

“I hope more people do it.”