See us if you can? GCHQ surveillance agency reveals London base 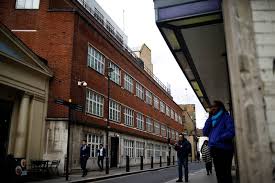 LONDON (Reuters) – A nondescript red brick building tucked away beside a pub near a park in central London was revealed on Friday to have been the base of one of the world’s most sophisticated spy services – Britain’s GCHQ eavesdropping agency. GCHQ, which gathers communications from around the world to identify and disrupt threats […]