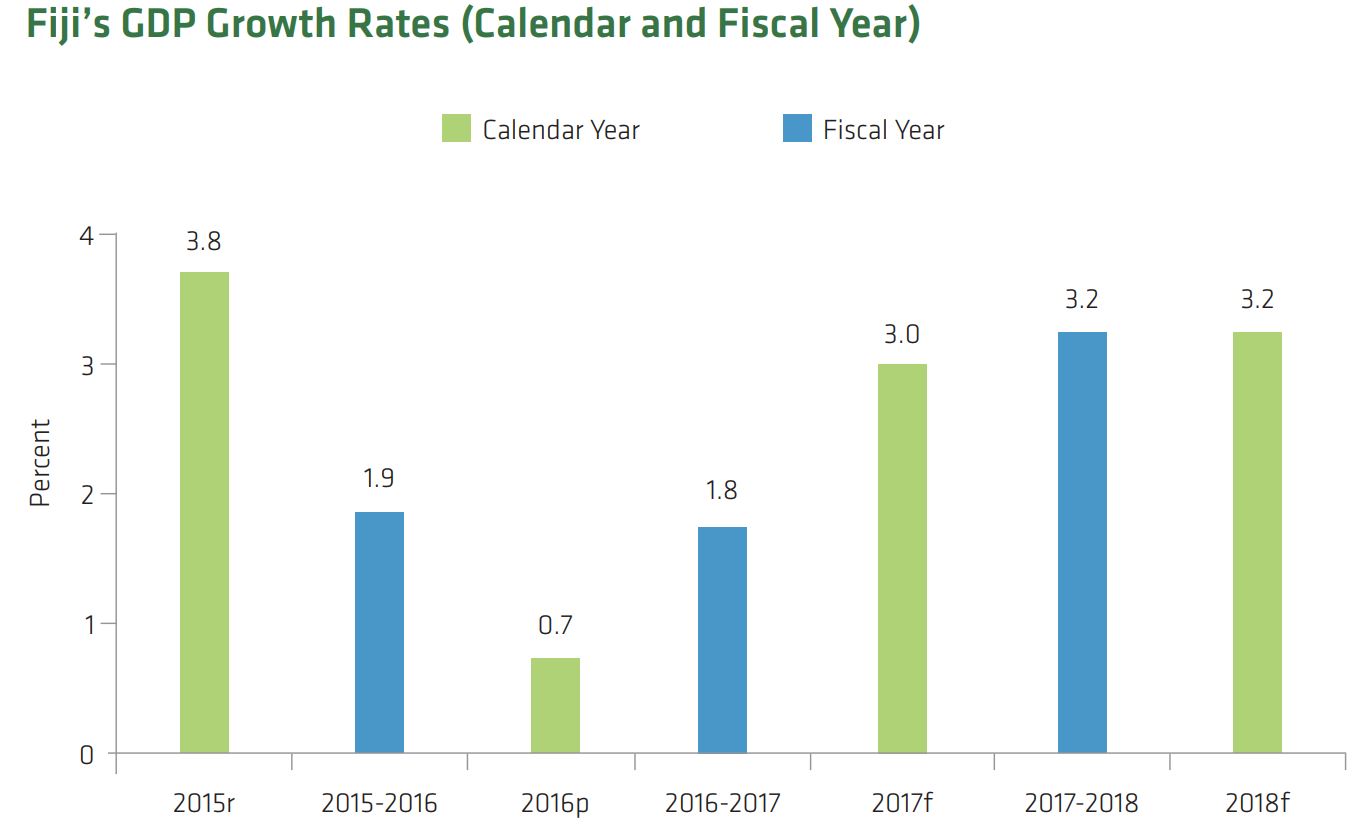 SECTORAL performances in Fiji were broadly positive for the 2017- 2018 financial year with favourable outcomes emanating from electricity, tourism, timber and gold production, its central bank noted.

In its August 2017-July 2018 Annual Report tabled in Parliament last Friday, the Reserve Bank of Fiji (RBF) noted that several other sectors were forecasted and underpinned to drive growth this year.

While Fiji’s economy is a consumption driven one, partial indicators for consumption remained positive while investment activity portrayed mixed results.

The report highlighted that electricity production grew by 2.2 per cent within the review period to 985,187 megawatt hours of electricity, of which 53.9 percent was from renewable sources.

In Fiji’s major tourism sector, the central bank noted that visitor arrivals rose annually by 4.8 per cent, mainly driven by NZ, the US, Australia and the Pacific Islands.

The Fiji Airways’ new partnership and codeshare agreement with British Airways in May and new direct flights to Narita, Japan in July and the additional flight to Singapore is expected to attract more European, Japanese and Asian tourists.

Further increase in visitor arrivals and activity in the tourism sector were anticipated during its peak season in July to October.

Looking at gold production, the sector grew on an annual basis by 3.4 per cent in the FY 2017-2018, owing to improved mine efficiency.

In the same period, log supply rebounded strongly to 391,211 tonnes resulting in a more-than-double increase in woodchip production to 315,477 tonnes.

Higher log production in Vanua Levu and increased woodchip produced at both the Wairiki and Drasa mills supported the robust recovery.

However, the central bank stated that mahogany production fell to 8,988 cubic meters over the same period partly due to mahogany licensing issues and disruptions from wet weather conditions.

Timber production is expected to remain favourable supported by the issuance of new mahogany licenses and barring any adverse weather conditions, the report added.

An overview of Fiji’s sugar industry, the report highlighted that the 2018 crushing commenced on June 19, 18 days later than the 2017 season.

As at September 10, the FSC Limited crushed 779,247 tonnes of raw cane compared with 808,278 tonnes of can crushed in the comparable period of 2017, representing an annual decline of 3.6 percent.

Sugar production declined further by 6.2 per cent to 81,602 tonnes.

However, targeted assistance provided to cane farmers affected by the natural disasters in April and continued financial support in the FY 2018-2019 National Budget should augur well for the industry going forward.