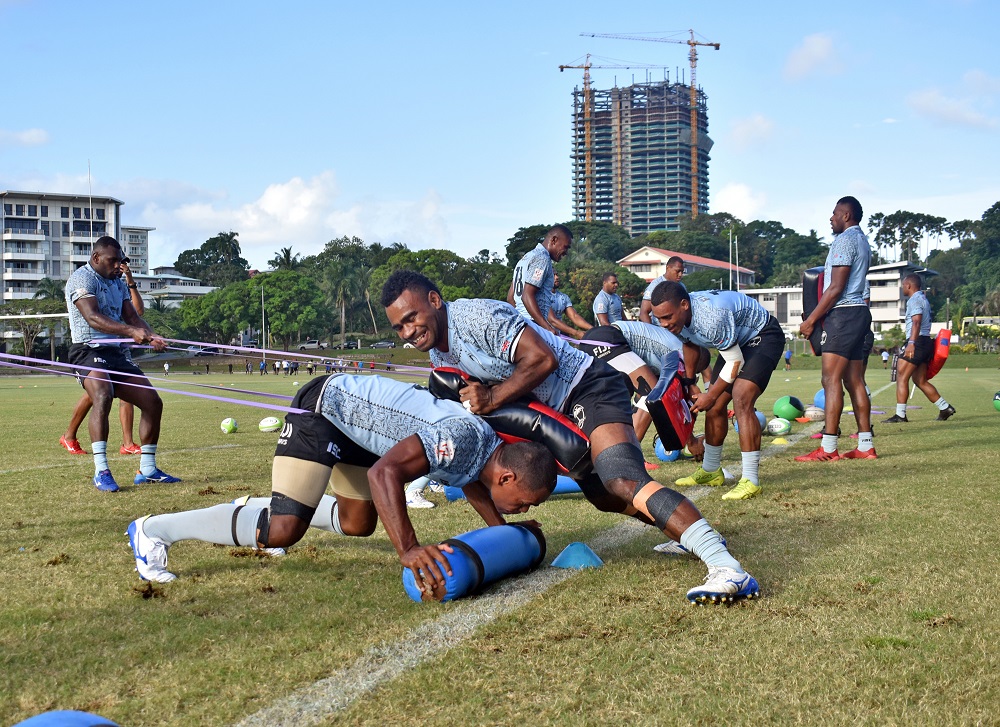 Fiji Airways Fiji sevens rep, Jerry Tuwai works with other players on their ruck and maul techniques during their team training session at Albert Park in Suva on Wednesday, May 08, 2019. Picture: JONACANI LALAKOBAU

FIJI Airways Fiji 7s team captain Paula Dranisinukula believes that one major strength of the Fiji 7s game is in its offload capabilities.

Dranisinukula says the way Fijian players have naturally mastered the offloading skills has been a thorn for rival teams such as HSBC World Rugby Sevens Series leaders USA, South Africa and New Zealand.

“They cannot cope with our offload game,” Dranisinukula said.

“They are unable to defend our offload game.”

The Fiji Military Forces soldier said the mechanisms involved in the methods Fiji used to handle the ball and execute passing skills under immense pressure had made it physically hard for any team to counter them in their games.

Dranisinukula said failure to perfect the skills, lack of on-field discipline and lack of possession had also become their weakness.

“Disciplinary wise, everything should be right.

“If we want to win a game in the last minute, we have to get things right and on time.”

The Navitilevu, Ra, native said discipline had to be controlled both on and off the field.

“When off the field tasks are given to the players, they are important.

“Every small bit counts, every small step we take counts. We don’t rely on the big tasks, we have to rely on doing the small things first.”

Dranisinukula said lack of discipline could allow opposition teams to starve them from possession.

“They keep the ball from us and maintain pressure throughout the 14 minutes.

“We are training hard and we are working on that.”

Jerry Tuwai and Waisea Nacuqu who were injured in the previous leg had recovered and returned to the training squad yesterday.