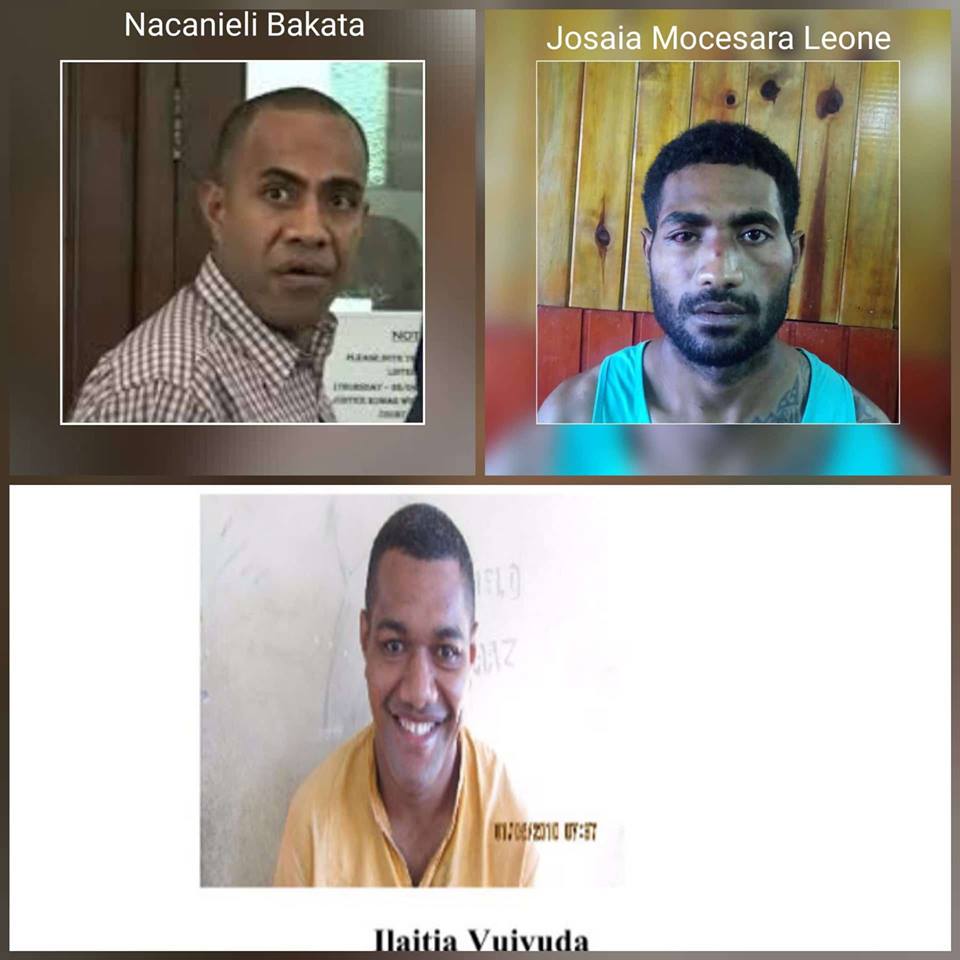 All three escapees are now in Police custody. Picture: SUPPLIED

THREE prisoners are on the run after escaping from the Nadi Police Station this morning.

Police spokesperson Ana Naisoro confirmed this in a statement issued this morning saying a search is underway to capture the trio.

“The three are Nacanieli Bakata, Ilaitia Vuivuda and Josaia Leone and were remanded in police custody for aggravated robberies,” Ms Naisoro said.

She said an internal affairs investigation has begun and a police officer has been suspended following the incident.

Anyone with information has been requested to call Crime Stoppers on 919 or the Nadi Police Station on 9905607.