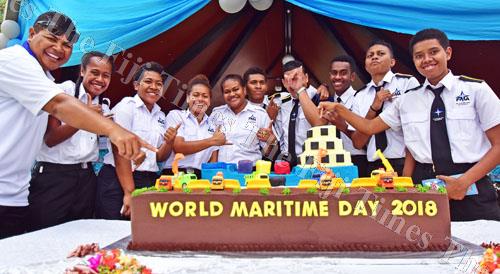 FIJI has ratified 18 out of the 63 International Maritime Organization (IMO) conventions, of which seven have a direct effect on Fiji’s maritime industry.

While speaking at the World Maritime Day celebration in Suva yesterday, Maritime Safety Authority of Fiji (MSAF) acting chief executive officer Captain Philip Hill said this year marked 70 years since the IMO was established before it was entered into force 10 years later.

He said Government continued to support the upskilling of seafarers with the vision of having a maritime academy that produced up to Class 3 Master and Engineer level that was also recognised internationally by major shipping nations.

“The registration is to ensure that an accountable system of maritime transport is maintained.”

He also said this database would provide vital decision making information to enhance safety at sea and enable quick response to accidents and incidents of search and rescue.

“MSAF continues to support Government’s vision for easy education to all Fijians by taking the Boat Master and Class 6 Master Engineer training courses to the rural and maritime community,” he added.