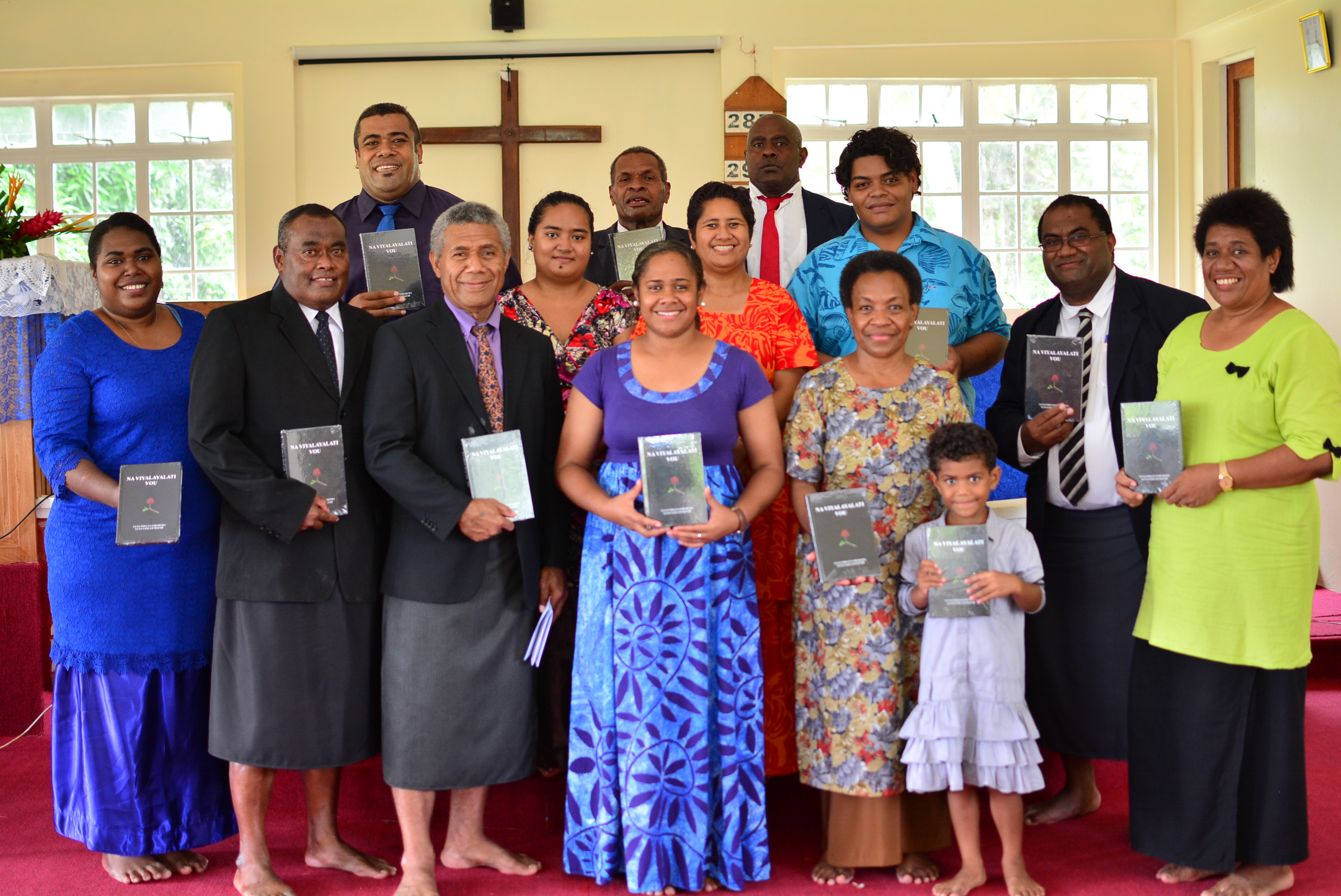 Maumi villagers with the newly-launched Bible translated in their dialect. Picture: JOVESA NAISUA

IT was a proud moment for villagers of Maumi in Tailevu yesterday.

The village, in partnership with the Bible Society of the South Pacific (BSSP), launched the New Testament in the Maumi dialect at the Rev Epeli Methodist Church.

BSSP co-ordinator of the Fijian Translation Project Marika Waqanivalu said the Maumi New Testament was the first complete scriptures of the New Testament to be printed in a different iTaukei dialect apart from the existing Bauan dialect.

“The village has pioneered in this area in partnership with BSSP,” Mr Waqanivalu said.

“The idea was birthed and communicated to the elders of the village in 2007, but work did not start until 2009,” Mr Waqanivalu said.

“Actual translation began in 2010 with the book of James and carried on until August, 2018 when all the books were done.

“The finished text was sent to South Korea to the Korean Bible Society for printing.”

He said the response from the villagers was tremendous and positive and this provided a platform for the younger generations who were forgetting their dialects to learn.

“This is a milestone achievement for the village and also the Bible Society, to see the fruit of their hard work come to fruition,” he said.