Scotland’s win over Russia the ideal prep for Japan clash 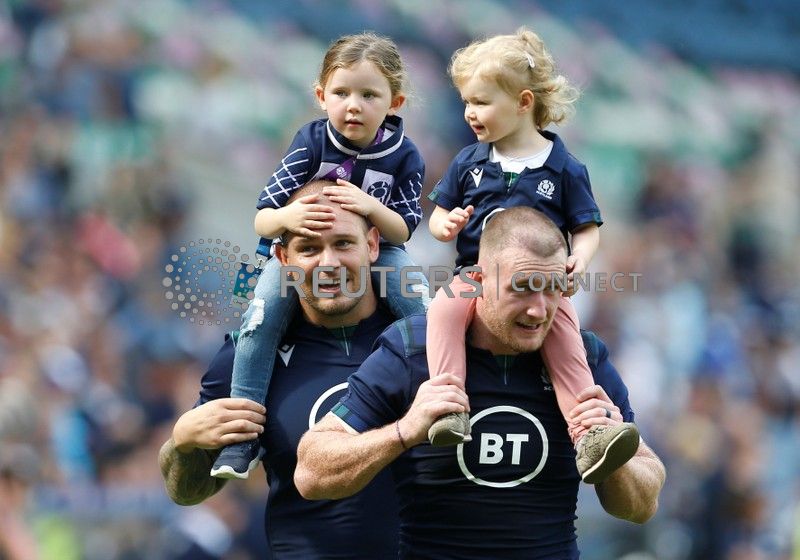 HAMAMATSU, Japan (Reuters) – Part one of Scotland’s four-day World Cup survival plan has been achieved and the comparative ease with which they saw off Russia should fill coach Gregor Townsend with confidence ahead of Sunday’s showdown with Japan in Yokohama.

Scotland ran in nine tries to secure a bonus point in their 61-0 Pool A victory at Shizuoka Stadium on Wednesday, a result achieved with a mostly second-string starting 15.

While there are a myriad of permutations around bonus points, head-to-head records and points differential, the simple fact is that Townsend’s team need to beat the hosts on Sunday if they are to have any chance of reaching the quarter-finals.

Russia had proved tough to break down in their three previous group matches at the World Cup but Scotland went through them with ease. They were patient, well drilled, tactically astute and seized on their scoring opportunities.

By halftime, Scotland already had three of the four tries they needed to secure the crucial bonus point and captain John Barclay said he knew the fourth would come if they kept building pressure.

Scotland ran in six tries in the second half.

“There was a little bit of nerves because we knew the responsibility that we had, so to go in 21-0 at half time was brilliant,” he said.

“When we had the game in the bag we threw the ball around.

“I think Russia played some good stuff, but the way we played with width and speed and energy was probably too much for them.

“I thought the boys were really professional throughout the week. We prepared really well and they stepped up.”

Townsend said allowing his core group to rest for a few extra days would stand them in good stead for the Japan test.

“To deliver a performance like that against a Russia side who we knew would cause problems does give you confidence that the players are ready to play their best game on Sunday,” he said.

“All aspects of our game have to be spot on. Japan are a very good side and … it is really important we recover well and be in the best position possible to play our best rugby on Sunday.”