Schools, telephone lines to reopen in Kashmir after lockdown 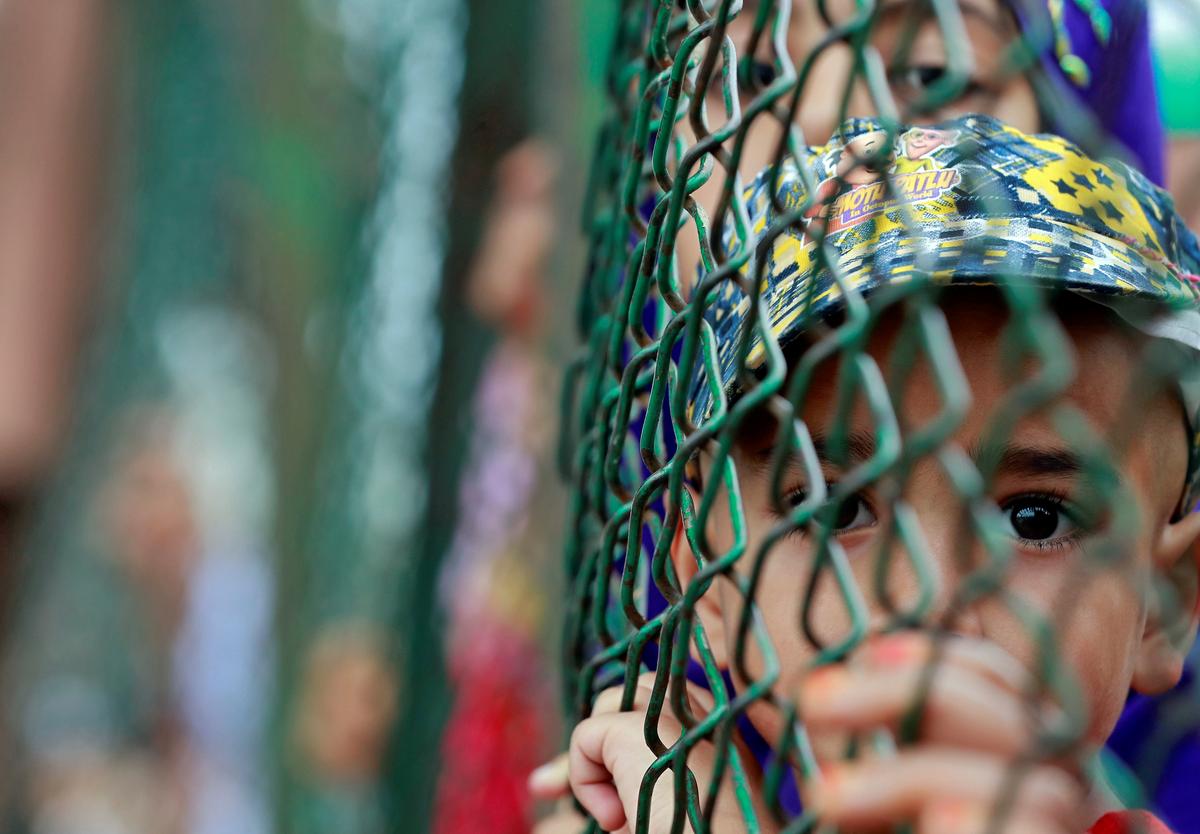 Kashmiri child looks from behind a fence at a protest site after Friday prayers during restrictions after the Indian government scrapped the special constitutional status for Kashmir, in Srinagar, August 16, 2019. REUTERS/Danish Ismail

SRINAGAR, India (Reuters) – Authorities began restoring some telephone lines in Indian Kashmir on Friday night, the top state official said, as heavy security prevented some protests in the region’s main city of Srinagar from getting out of control.

Telephone and internet links were cut and public assembly banned in Kashmir just before New Delhi removed the decades-old autonomy the Muslim majority territory enjoyed under the Indian constitution. The measures were aimed at preventing protests.

“Over the weekend, you’ll have most of these lines functional,” he said, responding to a question about landlines.

He did not say when internet and mobile phone services would be restored, adding that militant groups could use the latter to organize “terror actions”.

India has battled a 30-year revolt in Jammu and Kashmir in which at least 50,000 people have been killed. Critics say the decision to revoke the region’s autonomy will cause further alienation and fuel the armed resistance.

The move has raised tensions on the heavily militarized border of Kashmir between India and Pakistan, which both claim all of the divided region. Islamabad said three of its soldiers were killed in cross-border firing.

Pakistan summoned India’s deputy high commissioner in Islamabad to condemn what it said were “unprovoked ceasefire violations.” India has accused Pakistan of violating the ceasefire.

While Pakistan has sought to internationalize the issue, India says the territorial dispute must be resolved bilaterally and calls the situation on its side of the border an internal affair.

Even so, the U.N. Security Council met behind closed doors at the request of China and Pakistan to discuss the issue for the first time in decades.

Security forces were deployed outside mosques across Srinagar on Friday, while police vans fitted with speakers asked people not to venture out, according to two Reuters witnesses.

In some parts of the city, posters appeared calling for protests and asking preachers in mosques to talk about the current situation in Kashmir valley.

“People must try to occupy the streets defying curfew,” one poster read.

The lockdown of the Kashmir valley, home to nearly 7 million people, has drawn widespread criticism but the government does seem to have succeeded in isolating any protests.

Subrahmanyam said that the immediate reports from Friday prayers were that they had gone off quite peacefully in the state. He also stressed that in the 12 days since the announcement there has not been a single loss of life.

There were some fresh protests in Soura, a tightly-packed northern Srinagar neighborhood, after prayers on Friday.

But unlike a demonstration that pulled in many people from surrounding areas a week ago and grew to involve 10,000 people, according to local police, these protests were much smaller with only hundreds participating. They were also confined to Soura’s narrow lanes and didn’t spill out onto major roads.

Men carried posters that called for reinstating Article 370, the constitutional provision that India revoked. A group of women marching separately chanted: “We nurtured this Kashmir with our blood, this Kashmir is ours.”

Separately, hundreds of people came out to protest in the Mehjoor Nagar area of southern Srinagar following Friday prayers at a mosque. They shouted anti-India and pro-freedom slogans.

Paramilitary troops intercepted them at Mehjoor Nagar bridge, leading to violent clashes and stone-throwing by some of the protesters, according to a Reuters eyewitness.

Subrahmanyam said 12 of 22 districts in Jammu and Kashmir were functioning normally, with night time restrictions in five of the 12.

In the Kashmir valley, Subrahmanyam said schools would open after the weekend, and restrictions on movement would be lifted after a review of each area.

“It is expected that over the next few days, as the restrictions get eased, life in Jammu and Kashmir will become completely normal,” he said.

Hundreds of political leaders and activists remain in detention, some of them in prisons outside Jammu and Kashmir.

At least 52 politicians, most of them belonging to the National Conference and Peoples Democratic Party regional parties, are being held at a hotel on the banks of Srinagar’s Dal lake.

A senior government official said authorities had booked 58 rooms in the hotel. “These leaders are locked inside the hotel rooms but are allowed to meet at dinner and lunch only in a dining hall,” the official said, who declined to be identified.

Prime Minister Narendra Modi’s government has said the revocation of Kashmir’s special status was necessary to ensure its full integration into India and speed up development.