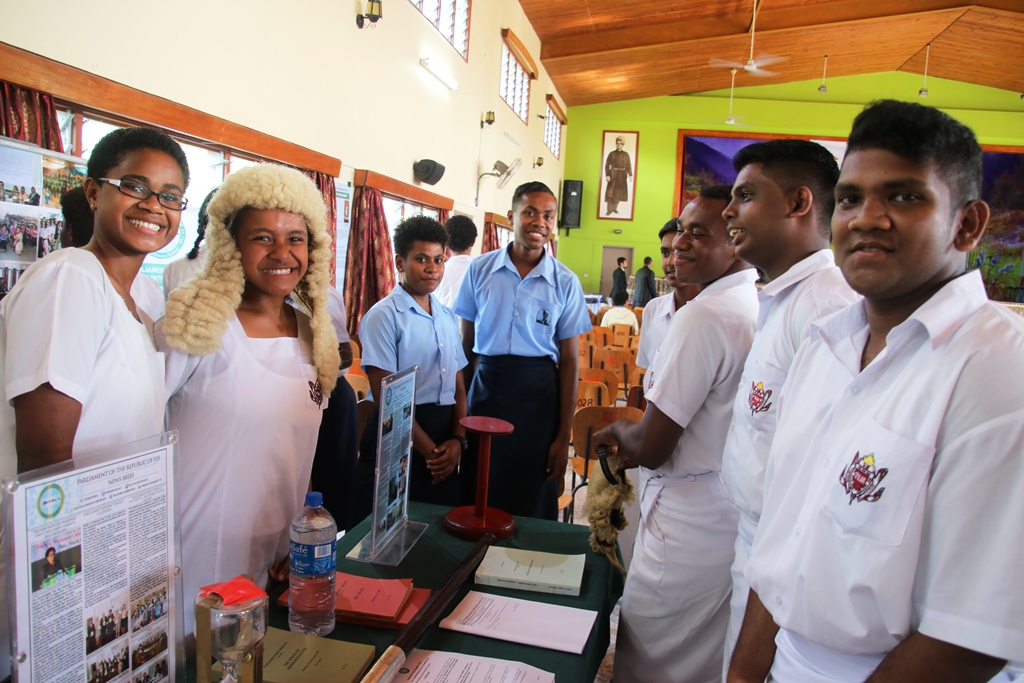 Students with items on display at the event. Picture: SUPPLIED

FIFTEEN orators from Western Division schools battled it out at a oratory contest to mark Commonwealth Day at Swami Vivekananda College
hall in Nadi last week. The theme at the event was “Towards a Common Future” and the oratory theme of “Parliament delivering a more prosperous, sustainable and fair future for young people.”

The students eloquently demonstrated their knowledge on the topics as they competed against one another.

According to a statement from the Parliament of Fiji the theme augured well for countries in the Pacific as Fiji strived to address critical challenges such as climate change, development, global terrorism, and poverty.

“These goals are also outlined in the Sustainable Development Goals to end poverty, protect the planet and ensure prosperity for all,”Deputy Speaker of Parliament Ruveni Nadalo said at the event.

“The theme also explores how the Commonwealth can address global challenges and work to create a better future for all citizens along the ideologies of sustainability, safety, prosperity and fairness,” he added.

Meanwhile, Secretary-General to Parliament Mrs Viniana Namosimalua, while closing the event, congratulated the orators for such enlightening and dynamic presentations.

“Your presentations have certainly broadened our understanding and continue to raise the profile about Commonwealth Day celebrations.

“And as you have all heard from our esteemed orators today, the theme for this year’s oratory contest has been specifically tailored for our young generation and emerging leaders for the future.”

“Your participation today continues to raise more awareness on the ‘growing’ voice of young people. I said “growing” because you represent a growing population (force) in Fiji and in the Commonwealth community,” Mrs Namosimalua added.

Winner of the contest, Sabeto College student Priyanka Anjani Pillay thanked her teachers and parents for supporting her.

“The competition was really tough as we had great orators but I believe that my hard work has paid of,” Ms Pillay said.