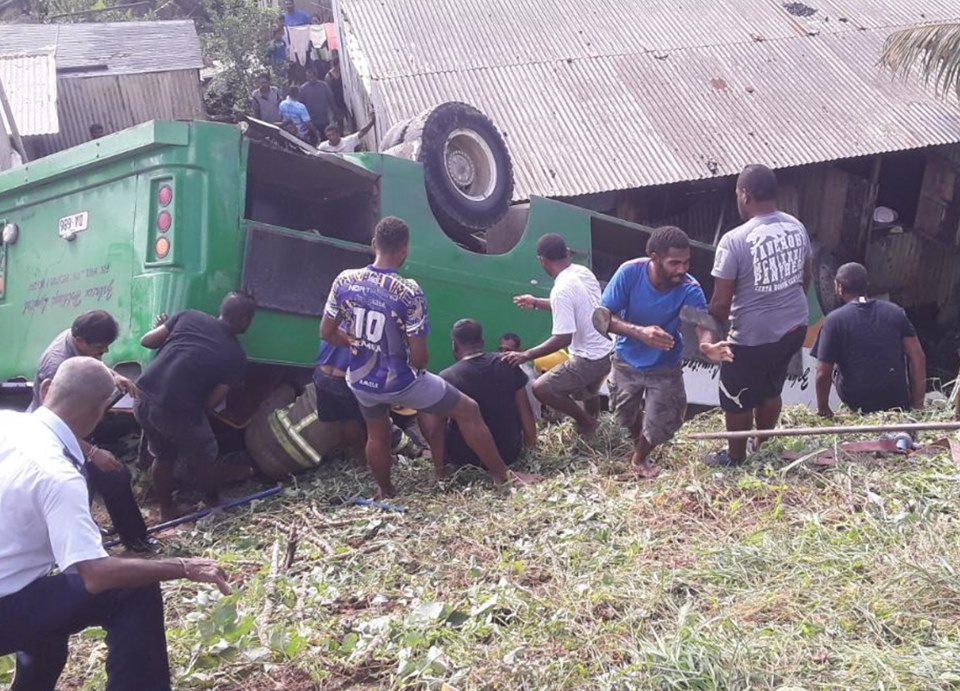 The school bus that overturned at Lakena outside Nausori this hour. Picture: FIJI POLICE

FOUR students were rushed to the Nausori Health Centre this hour after the school bus they were travelling in overturned at Lakena.

Police have confirmed that their officers from Nausori Police Station and the National Fire Authority are at the scene of the accident at Lakena No. 02.

Ms Naisoro said details are still sketchy at this time as their officers are still at the scene.

Stay with us as bring you the latest updates as and when details come to hand.