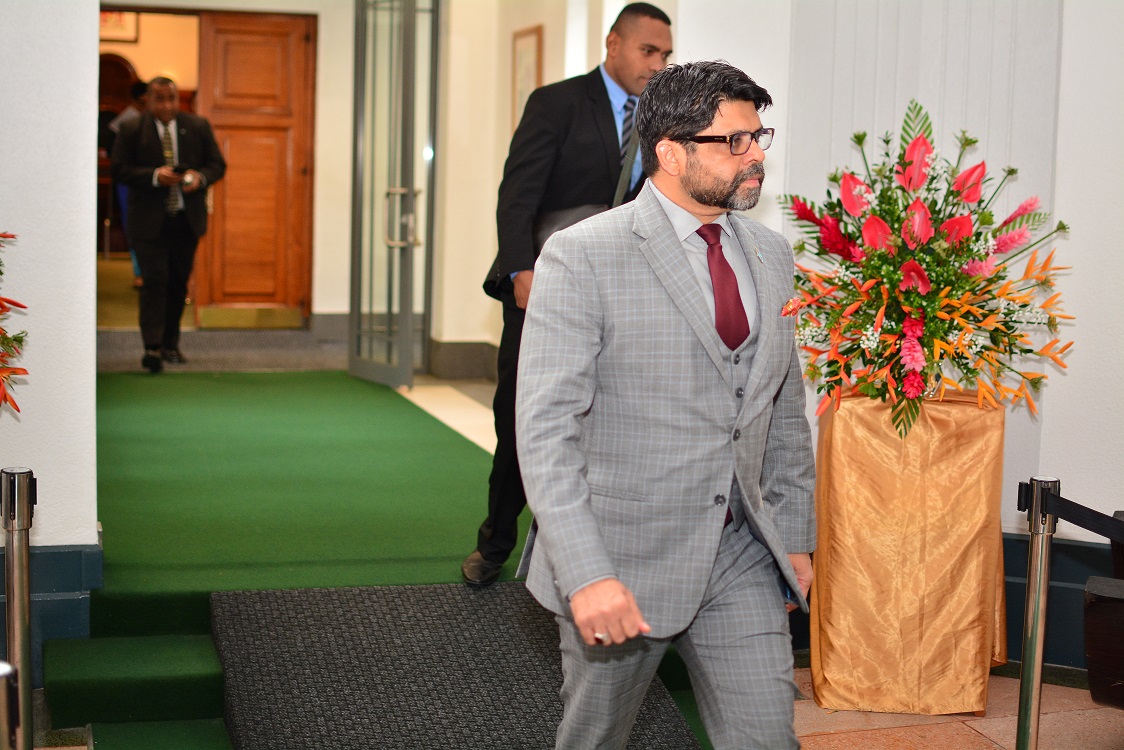 THE Opposition Leader, Sitiveni Rabuka, has forgotten the “doom” he created when he overthrew government in 1987.

Minister for Economy Aiyaz Sayed-Khaiyum made this comment in his right of reply to the 2019-2020 National Budget in Parliament last night.

“Fijians can now compare for themselves the Rabuka doom with the Bainimarama boom,” he said.

“The doom of the National Bank of Fiji (NBF), the doom he brought about right here in this Parliamentary Chambers on 14th May, 1987 that forever changed the cause of Fijian history.”

Mr Sayed-Khaiyum said the Opposition led by Mr Rabuka has done nothing to bring about prosperity in Fiji.

“Listening to the Opposition’s responses to the budget, there has been misinterpretation of facts, inaccuracies, contradictions and personification of issues.”

He claimed Mr Rabuka’s past leadership has created economic chaos that Fijians were paying off today.

In his response to the budget on Monday, Mr Rabuka labelled the Minister of Economy’s behaviour as “un-Fijian”.

“The Minister for Economy has no respect for this august House, let alone members of this side of the House,” Mr Rabuka said in his response to the 2019/2020 budget.

“Instead of trying to steer the ship in the right direction with vision and compassion to bring about unity, he spends most of the time ridiculing the Opposition, criticising previous governments and boasting about the Bainimarama Government’s achievements.”

CEO: All laws were adhered to