Sayed-Khaiyum: No saga, no crisis at uni 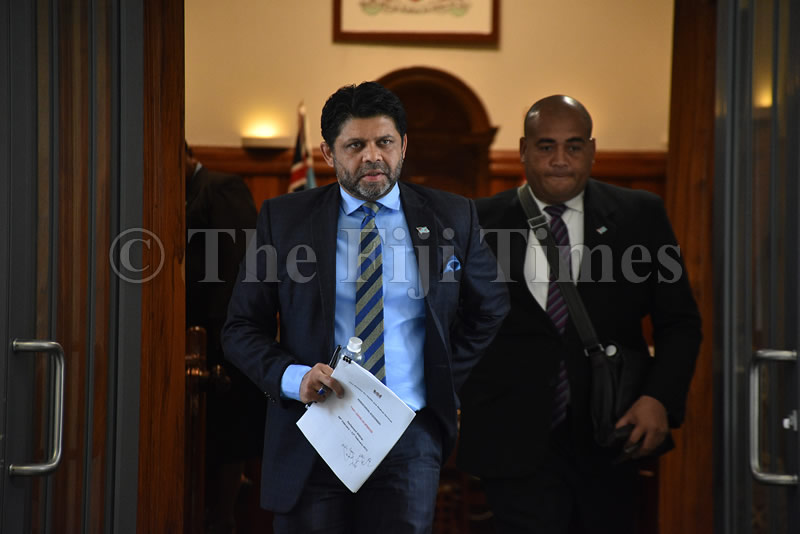 There is no saga at the University of the South Pacific, says Attorney-General Aiyaz Sayed-Khaiyum.

“There is no saga, there is no crisis,” Mr Sayed-Khaiyum said when questioned about the deportation of the university’s vice-chancellor, Professor Pal Ahluwalia.

Speaking outside Parliament yesterday, he said he could not comment further on the issue, adding the USP Council had released a statement on the outcome of a special general meeting last Friday.

Opposition spokeswoman on Education Ro Teimumu Kepa said the comment by Mr Sayed-Khaiyum was not true. “There is a crisis at the university,” she said.

“The regional university is at stake with the recent crisis happening within the institution.

The FijiFirst Government, she said, should understand that USP belongs to the region. “We do not condone the strong tactic that was used by Government to remove the vice-chancellor.

“Their action was un-Pacific, un-regionalism and I do not know where this attitude came from. “We are supposed to be like the big brother in the Pacific because we are the most developed.”

The USP Council has appointed Dr Giulio Masasso Tu’ikolongahau Paunga as acting VC and a sub-committee formed to look into the legality of the deportation of Prof Ahluwalia and his wife, Sandra Price, to also ascertain if Prof Ahluwalia’s contract was still valid following his deportation.

The committee will be chaired by the President of Nauru including the council representatives of Australia, Tonga, Niue, Solomon Islands, Samoa and two senate representatives to look into the matter. || AG || no crisis at USP