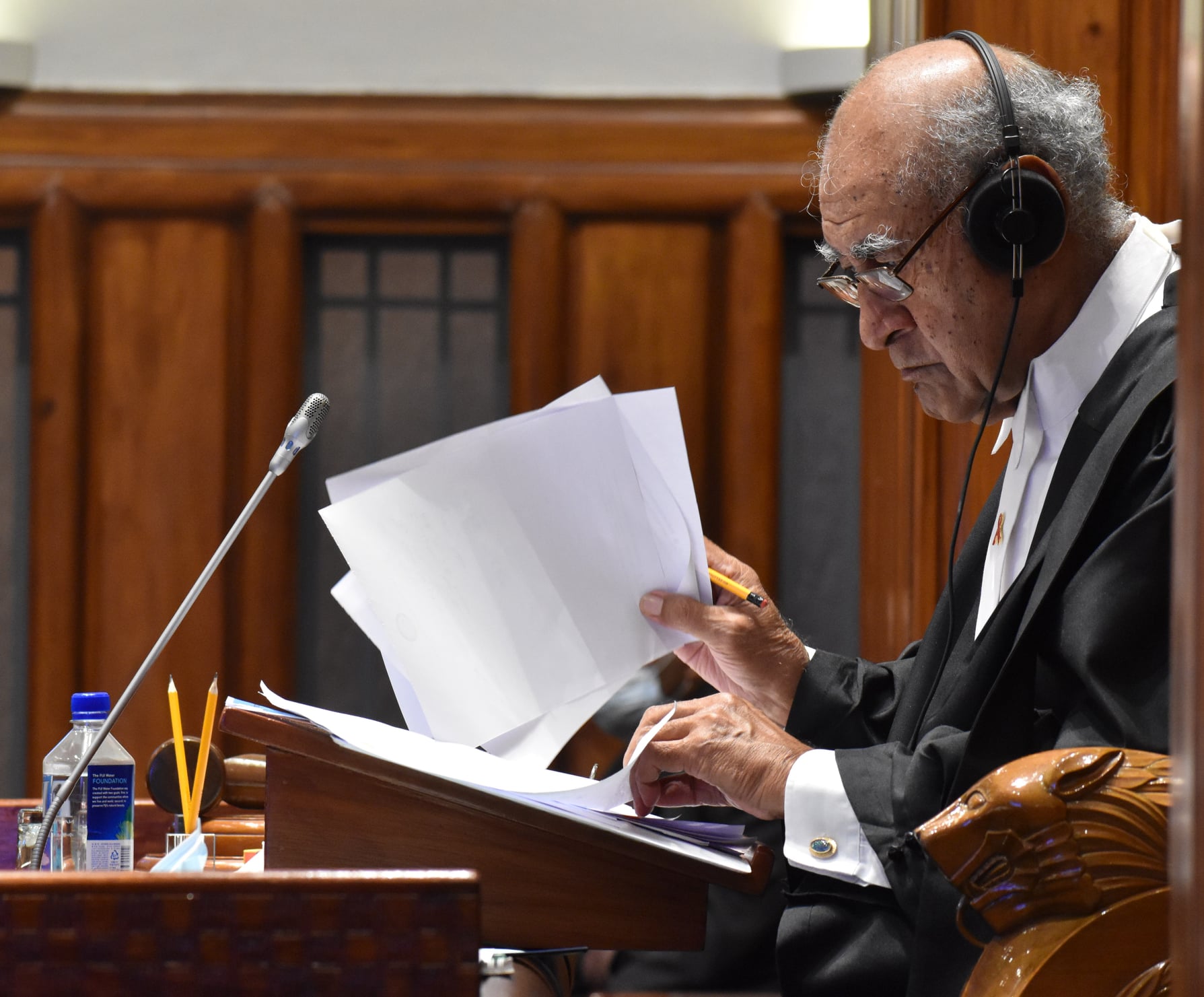 “Imbecile” is not an unparliamentary term, says Speaker of Parliament Ratu Epeli Nailatikau.

He made the comment on Wednesday after the Opposition MP Ro Filipe Tuisawau stood on a Point of Order and asked the Attorney-General Aiyaz Sayed-Khaiyum to withdraw a statement he made, where he labelled Opposition MPs “imbecile”.

Ro Filipe said imbecile was the same as idiot.

“I’m referring to the use of unparliamentary language, calling members imbeciles,” he said.

Ro Filipe said he recalled a Parliament sitting where an MP who called another member an idiot and was suspended from Parliament for one year.

The exchanges took place during discussions on Mr Sayed-Khaiyum’s motion for a $170 million government guarantee to the Fiji Development Bank for the period March 1, 2020 to February 28, 2022.

Opposition Whip Lynda Tabuya had asked that the Attorney-General withdraw his statement because it was unparliamentary to call members imbecile.

“He needs to withdraw those comments.” |