Saudi Airlines shift flights away from Gulf of Oman, Strait of Hormuz 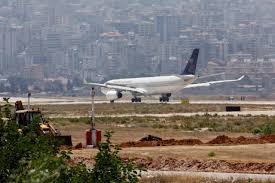 RIYADH (Reuters) – Saudi Arabian Airlines has altered the path of its international flights away from the Gulf of Oman and the Strait of Hormuz, Saudi-owned Al-Arabiya said on Sunday, citing its own correspondent.

The U.S. aviation regulator barred its carriers from the area until further notice after Iran shot down a high-altitude, unmanned U.S. drone, sparking concerns about a threat to the safety of commercial airlines.