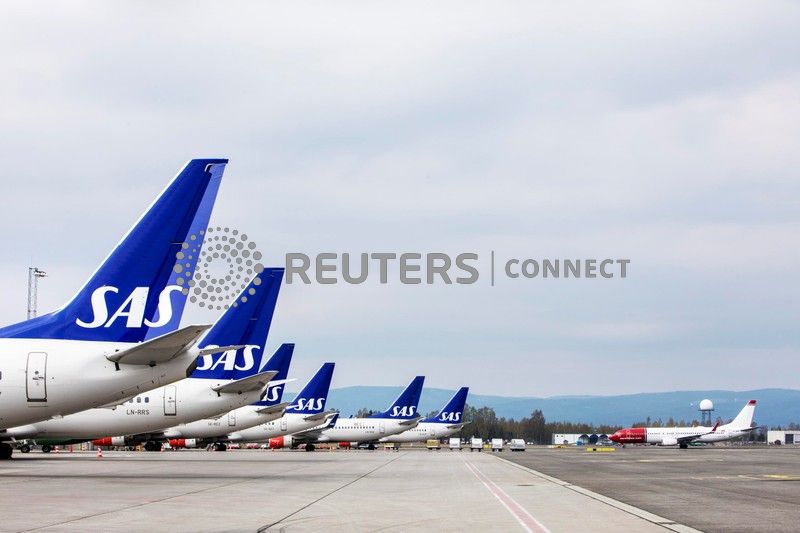 STOCKHOLM (Reuters) – Scandinavian airline SAS canceled more than 500 flights scheduled for Wednesday, which will ground some 47,000 passengers, as a strike by pilots entered a fifth day with no sign of talks between management and unions.

More than 300,000 travelers have been hit by the stand-off over wages and other pilot demands which analysts estimate could cost SAS $10.5 million a day, threatening to wipe out the airline’s annual profit.

SAS, which is part-owned by the Swedish and Danish governments, said that union demands entailed “significant cost increases” that would threaten competitiveness and jobs.

“SAS has clearly stated that we are prepared to continue negotiating and find a solution,” SAS Chief Executive Rickard Gustafson said on Tuesday.

Pilots at the airline went out on strike on Friday as wage talks broke down, grounding around 70 percent of SAS flights.

The SAS Pilot Group, a union body representing 95 percent of the airline’s pilots in Denmark, Norway and Sweden, has said the dispute concerns more than simply wages, pointing to demands for more predictable and transparent working hours.

“The unions have not yet indicated that they are ready to release their ultimate demands and return to the negotiating table, which means that we remain in a deadlock,” Gustafson said in a statement from the airline.

As the strike dragged on, DNB Markets lowered its rating on SAS shares, sending them 3.9 percent lower by 1034 GMT, and estimated the strike could cost the airline as much as 100 million Swedish crowns ($10.5 million) per day.

DNB Markets lowered its rating to “hold” from “buy” after nearly halving its 2019 earnings per share estimate for SAS due to the strike and high fuel prices, and said it may cut estimates further unless the strike is ended by Wednesday.

“We believe investors will remain lukewarm as long as the earnings trend remains negative and as the pilots’ strike puts the targeted 3 billion crown cost savings by 2020 in jeopardy,” it said in a note.

The aviation industry’s employer body in Sweden has said pilots sought a 13 percent wage hike despite what it called already high average wages of 93,000 Swedish crowns ($9,777 ) a month, demands it labeled as “extreme”.

The SAS strike does not affect flights operated by its partners, which make up roughly 30 percent of all departures.

Rival Norwegian Air said separately it would add 35 extra flights from May 1-3 to meet additional demand during the SAS strike.