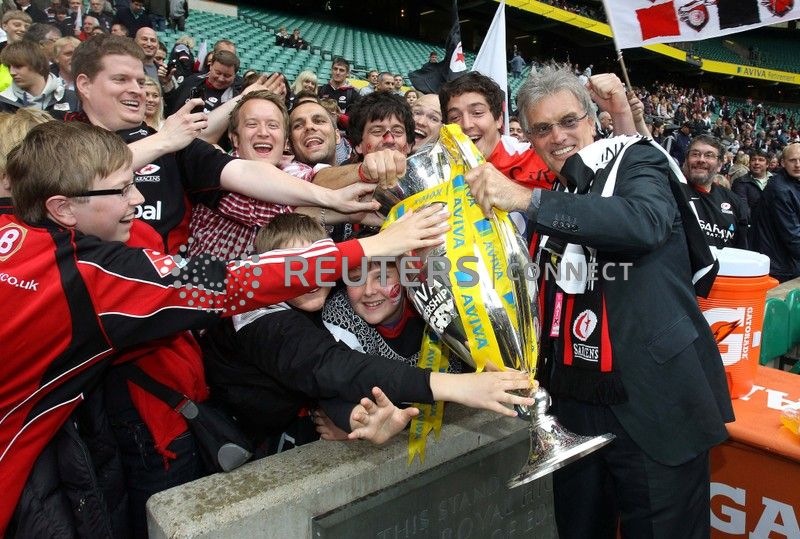 (Reuters) – Saracens will not appeal against heavy punishments for breaching Premiership’s salary cap regulations, the club announced on Monday.

The English and European champions have decided not to contest the 5.36 million pound fine and the 35-point penalty imposed for failing to disclose payments in each of the past three seasons.

A joint statement between Saracens and Premiership Rugby said that both parties had concluded matters and the league table would be updated immediately to reflect the sanctions.

“We have made mistakes and so, with humility, we must accept these penalties. As a club, we will now pull together and meet the challenges that lie ahead,” Saracens chairman Nigel Wray said in a statement.

“We confirm our commitment to the salary cap, and the underlying principle of a level playing field, and will continue to work transparently with Premiership Rugby in this regard.”

Saracens’ current tally will be adjusted to -22, leaving them 26 points adrift of 11th-placed Leicester Tigers.

“We welcome Saracens’ decision to accept the verdict of the independent panel and are pleased the club has crucially reaffirmed its commitment to the Premiership Rugby Salary Cap,” said Darren Childs, chief executive of Premiership Rugby.

“This is the right outcome for English club rugby. Bringing this process to a conclusion means that we can focus on working in partnership with all clubs to continue to build a competitive and successful league.”

The decision marks a change of approach for Saracens, who initially outlined their intention to challenge the ruling and said they were “shocked and disappointed by these heavy-handed sanctions”.

On Monday, Wray confirmed any further appeal from Saracens would have been a “costly, time consuming and destabilising” exercise.

“We will shortly introduce robust independent governance measures acceptable to all, including the appointment to the Saracens board of a director, who will oversee a new governance regime,” he added.

“I will continue as always to support the club financially going forwards to ensure there is no financial instability or uncertainty.”