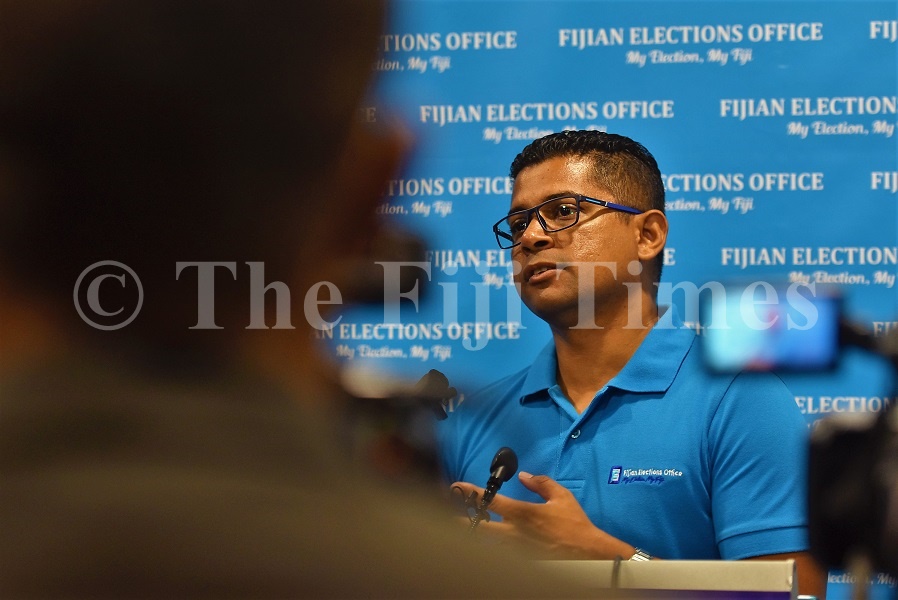 Supervisor of Elections Mohammed Saneem has dismissed a complaint made by the National Federation Party (NFP) on September 13.

In a media statement the Fijian Elections Office (FEO) said the NFP complaint was related to an alleged SMS text message received by certain individuals during the recent Constitution Day public holiday and other claims of weaponisation and proliferation of sponsored fake news on Facebook particularly during the 48-hour black out period of the 2018 General Election.

“Following further clarification by the Supervisor of Elections, Mohammed Saneem, from NFP it was noted that the NFP only provided evidence of the text messages being sent to Professor Biman Prasad and not any other person or group of persons which would have allowed the SOE to take the next course of action to determine the source and so forth,” FEO said in a statement yesterday.

“Regarding the claims of sponsored fake news during the 2018 General Election, Mr Saneem noted that the NFP used hypothetical scenarios from 2018 and further stresses that the FEO is now empowered under Section 144A to remove false statements on any platform.

“The Centre for Credible Election Information would also be providing various clarifications and highlighting instances in relation to disinformation and misinformation on social media pages.

“Given that the NFP failed to substantiate its complaint with cogent evidence, the same has been dismissed.”