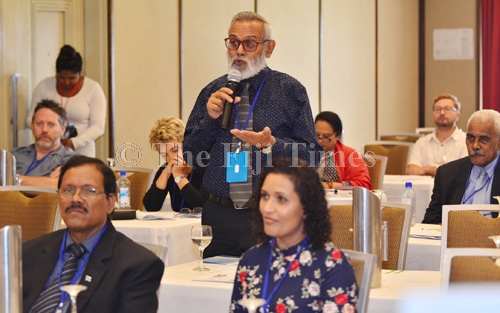 THE Fijian Elections Office and the Fiji Electoral Commission will not endorse or request approval for any election observers for the 2018 poll.

This was highlighted by the Supervisor of Elections, Mohammed Saneem during a forum on electoral processes held at Holiday Inn Suva yesterday.

Mr Saneem said they will not interfere with the ministry responsible for election since they were both independent institutions.

He said the observer accreditation forms were ready and was applicable to any observer who had been approved by the minister.

“From the day he (President) issues the writ, the general election will be 45 days from that date.”

Mr Saneem also said that there were a total of 636,764 registered voters for the coming general election so far.