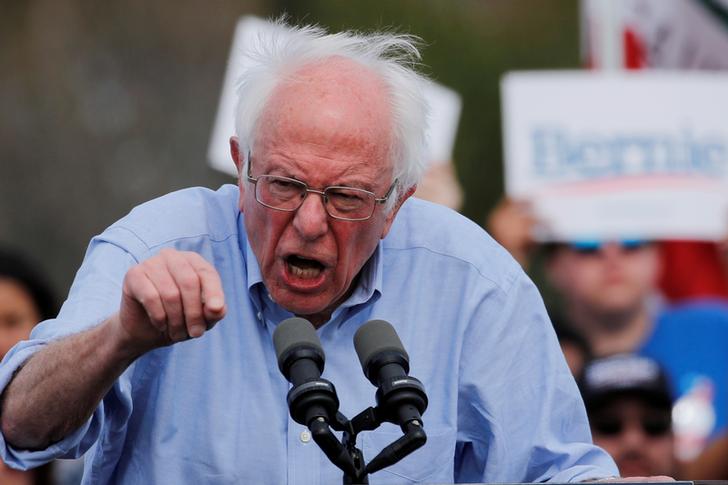 WASHINGTON/LAS VEGAS (Reuters) – Democratic presidential candidate Bernie Sanders warned Russia on Friday to stay out of 2020 White House elections after U.S. officials had told him Moscow was trying to aid his campaign.

“The intelligence community is telling us they are interfering in this campaign, right now, in 2020. And what I say to Mr. Putin, if elected president, trust me you are not going to be interfering in American elections,” Sanders told reporters in Bakersfield, California.

Sanders, 78, a democratic socialist U.S. senator from Vermont, is considered the front-runner for the Democratic nomination and is favored to win the Nevada caucuses on Saturday.

The Washington Post on Friday, citing people familiar with the matter, said U.S. officials had told Sanders about the Russian effort and had also informed Republican President Donald Trump and U.S. lawmakers.

It was not clear what form the Russian assistance took, the paper said.

A congressional source confirmed intelligence officials have told lawmakers Russia appears to be engaging in disinformation and propaganda campaigns to boost the 2020 campaigns of both Sanders and Trump.