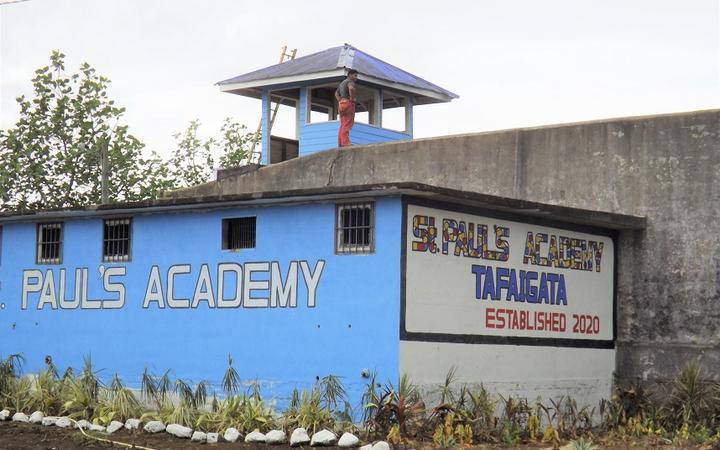 Samoa’s old Tafaigata prison has been officially reopened as a school for nearly 400 students.

The new government education investment included a primary and a pre-school with a college to be opened sometime next year.

It is next to the block of government land where a new police academy will be constructed.

The Tafaigata prison was closed down last year and facilities moved to the new multimillion dollar Tanumalala high security prison.

The old prison cells were still in the compound with the one used to house women inmates now painted and refurbished.

Prison staff accommodation was now being used for the pre-school.