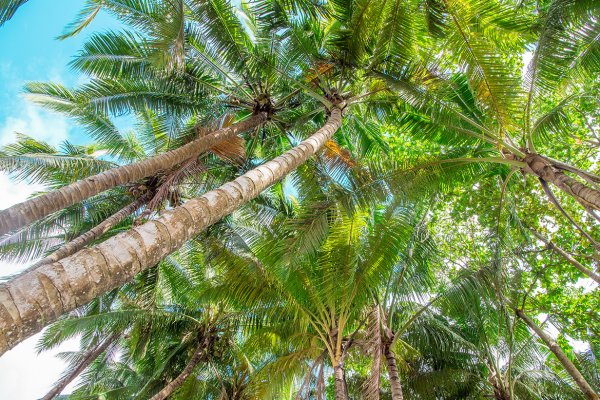 APIA, 25 OCTOBER 2018 (SAMOA OBSERVER) – About 80 per cent of coconut trees in Samoa are old, and there is an urgent need to replant if Samoa is to meet the growing global demand for locally produced copra products.

This was the concern raised recently by Ministry of Agriculture Assistant Chief Executive Officer (Crops Division), Moafanua Tolo Iosefo during the opening of the Coconut Industry Development for the Pacific (CIDP) train the trainers programme.

Moafanua told the Samoa Observer that over the past five years, figures revealed that local copra production was at a stage increasing, and in recent years it started to decline.

“That is the major concern. So in Samoa right now, the coconut production is declining,” he said.

With the global demand for coconut oil produced by Pacific Oil in Samoa, and virgin oil, Moafanua said there are hopes that with the current community-based replanting program carried out by the Ministry, Samoa will be able to sustain its industry and exports in the future.

“By talking to them (Pacific Oil) about the production, looking at the volume we have, it’s not enough,” Moafanua said.

“The demand is growing and we cannot meet that, and it is one of the major concerns we have because most of our coconut products are just declining because majority of our coconuts are getting old. That is why we have the replanting programme.

“So for Samoa, it looks like there’s a bright future in the coconut industry in terms of exports – oil and other products, but that is the main concern; we don’t have enough production locally to meet the global demand.”

Moafanua said in the next five years, the Ministry hopes to replant about 80-90 percent of the whole coconut plantations, and the Government is committed to sustaining the industry through financial assistance.

“Hopefully in the next 10 years, production will improve and we would be able to meet the demands of the global market.

“We hope that everybody works together, and with the programme we have with replanting, we are working with more than 60 villages in Savaii and more than 30 villages in Upolu. The Ministry set up a mother nursery and we have an agreement, we supply 2,000-5000 seedlings every month so they can distribute, so maybe over five-year period, we will be able to cover as much as possible, maybe about 90 percent of the whole coconut plantations.”

Moafanua said the current price of coconut products in the global market is fair, and the local coconut industry is able to economically sustain itself with the revenue.