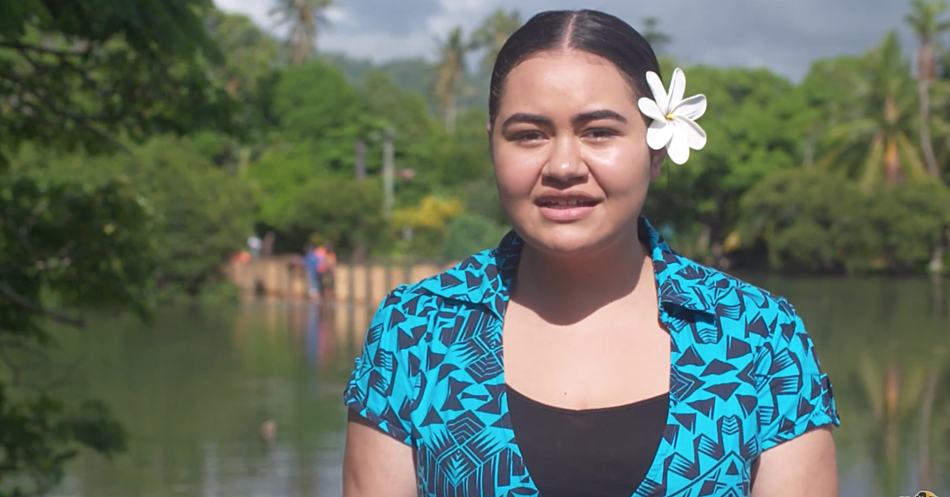 Twenty-year-old Samoan Brianna Fruean has been named one of the top 12 female climate activists fighting to save the planet. The list has been compiled by Global Citizen. Picture: SAMOA OBSERVER

APIA, 22 APRIL 2019 (SAMOA OBSERVER) – Twenty-year-old Samoan Brianna Fruean has been named one of the top 12 female climate activists fighting to save the planet. The list has been compiled by Global Citizen.

Fruean shares the spotlight with names like Greta Thunberg of Sweden.

“For the past 30 years, environmental activists have been calling on governments to reduce greenhouse gas emissions to avoid catastrophic climate change. The world has less than 12 years to cut greenhouse gas emissions in half — a daunting task that would require a total transformation of the global economy — according to the United Nations,” Global Citizen writer, Joe McCarthy writes.

“Yet even as the consequences of climate change become more stark with each passing year — floods and storms submerging coastlines more frequently, wildfires growing to new extremes, and droughts drying up critical sources of water —fossil fuel consumption continues to rise.

“But for the emerging generation of activists whose future depends on the overhaul of a global economy still heavily dependent on fossil fuels, there is no other option than to fight for change— and they’re making sure that governments, businesses, and powerful interests everywhere understand the stakes of inaction. Women and girls — often hit the hardest by climate disasters — in particular, have become leading figures in this movement.

When contacted for a comment, Fruean said she is honoured to be on the list, alongside such amazing global female activists.

“I’m very grateful to be heard by such a huge platform such as Global Citizen but I am also very aware and extremely grateful for all the amazing Pacific women who do great environmental work without recognition.

“I know many more names of amazing Samoan women who could’ve been on that list and I am so thankful for all the work that they do,” she said.

Global Citizen – a platform used by engaged citizens who are using their collective voice to end extreme poverty by 2030 – released a list of 12 women from all over the world, who are demanding change to save the planet.

Fruean was one of only two female climate activists from the Pacific Islands included in the list, the other was Shalvi Sahshi from Fiji.

At 11, Brianna became a founding member of climate change movement 350.Samoa which have rallied youth and communities alike in Samoa and the Pacific region, to tackle climate change and promote sustainable development.

At 14, she was one of the youngest to attend the United Nations Conference on Sustainable Development in Brazil in 2012, as a Pacific youth ambassador.

At 16, Brianna made history as the youngest ever winner of the Commonwealth Youth Award, for Climate Change, Environmental Protection Award, recognizing her role in amplifying young Pacific people voices on the pressing issue of climate change.

At 17, Brianna is the Secretariat of the Pacific Regional Environmental Programme’s first ever youth ambassador in recognition of her achievements to conserve the Pacific environment.

Today, Brianna continues to promote and strengthen the voice of young people in Samoa and the Pacific for environmental key issues and climate change, through a variety of activities including visiting schools and teaching children and youth about climate change and empowering them to be agents of social change.

The list included Greta Thunberg from Sweden, Indian Logan-Riley from Australia, Nakabuye Hilda F. from Uganda, Luisa Neubauer from Germany, Ridhima Pandey from India, Shalvi Sahshi from Fiji, Isra Hirsi from the US, Marinel Ubaldo from the Phillipines, Winnie Asiti from Kenya, Rayanne Cristine Franca from Brazil and Oladosu Adeike from Nigeria.