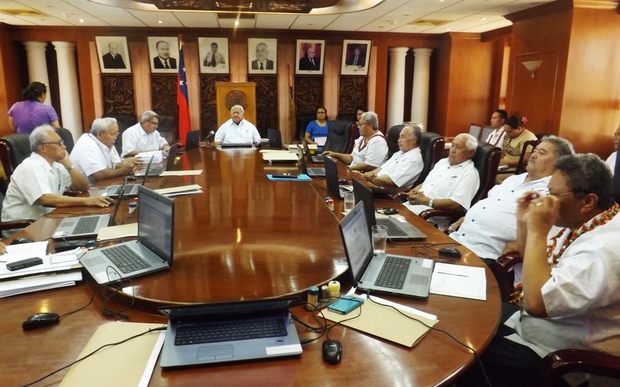 Many Samoans living overseas can’t vote in this week’s general election as electoral law requires them to be in the country for six months prior to voting.

Covid travel restrictions and significant financial remittances have sparked debate over whether citizens living offshore should be allowed to vote.

Although there is no clear data on how many of the diaspora are Samoan citizens, there are concerns extended voting rights could dictate elections results.

One who believes all Samoan citizens should have the right to participate in their country’s democracy is Christchurch-based political scientist Christina La’ala’ai-Tausa.

“So it is timely for Samoans overseas to be able to vote given we contribute a lot to Samoa from our tautua (service) from overseas.”

Those among the diaspora are increasingly well informed about issues facing the country and their families, said La’ala’ai-Tausa, especially through social media and digital communications.

“It’s not that we’re going to change the whole political system or direct how things will be done in Samoa but it’ll be a huge influence on how Samoa’s politics should be in terms of accountability and transparency.”

All voting aged citizens who contribute to their families, villages and churches from overseas should be allowed to vote according to La’ala’ai-Tausa.

But a PhD candidate in Queensland, exploring the perceptions of Samoan culture among the diaspora, has disagreed.

Bond University’s Lefaoali’i Dion Enari said those living outside a country should not be able to help determine its political fate.

“These laws are not only appropriate, they’re essential in ensuring that those who live in the islands get full say and sovereignty over what happens in the islands over their own livelihood,” mooted Lefaoali’i.

“And that their livelihood is not being dictated by those that live overseas that are casting their votes and their perceptions from their ivory towers.”

However, Lefaoali’i conceded those stranded overseas by the coroanavirus should be able to vote but he otherwise backed the law limiting the vote to citizens resident in Samoa only.

“If it’s that much of a concern to you, move back. I believe the right to vote should be reserved,” he said.

“The laws in place are effective. If your need to vote in the election is that much of a concern, there’s already an appropriate channel you have to follow.”

But that’s of little help to the many Samoans who have moved overseas to work and help family back home.

And recent actions by Samoa’s government have marginalised the overseas population, according to a New Zealand based Samoan academic, through controversial legislative changes to the way lands and titles can be bestowed.

Victoria University’s Dr Iati Iati said it’s not in the government’s interest to have votes coming in from overseas.

“Samoan people are diaspora people and I think some of the government’s recent actions do not recognise that fact that aiga (family), they’re comfortable operating regardless of whether their members live in Samoa, American Samoa, New Zealand or Australia.”

Those overseas are making sure their voting family members back home know about their dissatisfaction with the government in the lead-up to the election, Iati added.

“That doesn’t mean that it’ll necessarily result in votes for FAST or the opposition. It just means that it’s caused a lot of discontentment among the Samoan diaspora.”

The FAST party has been successfully courting the diaspora which, while lacking voting rights, carries significant political fund raising sources in the lead up to this week’s vote.